Cleaning industry in France: mainly the domain of women and migrants without any other options 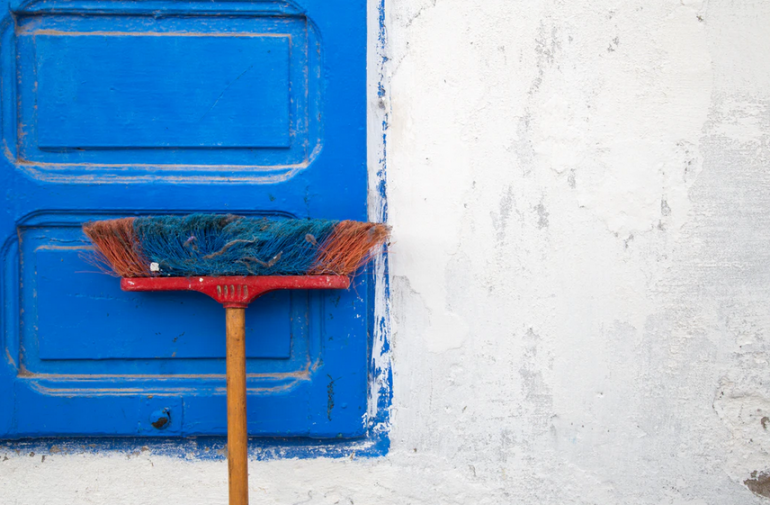 A French study compiled by DARES, the Ministry of Labour’s research organisation, looks into employment and working conditions in the cleaning sector.

A field covering a wide spectrum of activities for private individuals, companies and public services, the cleaning sector employs a significant share of the mainland French population: almost 2 million people, or 8% of the labour force. According to forward-looking studies, the sector is set to become the main provider of new jobs between now and 2022.

Employment and working conditions in the sector have however not been subjected to any great scrutiny by researchers. Three main characteristics are highlighted in the DARES study, which was based on the results of a 2016 survey of working conditions:

Aurore Desjonquères, the author of the study, speaks of “fallback jobs”, finding that only 17% of cleaning workers state that they would be happy for their children to work in this field. This figure is two times lower than the average for the whole labour force.

Working conditions are more difficult than for other unskilled workers. More than half of the jobs involve part-time work, while 20% of cleaning employees have to work non-continuous hours spread out over the day.71% of cleaning employees are exposed to repetitive work, 61% to chemical risks and 52% to painful postures. 90% are exposed to at least one physical risk. Similarly, there are high rates of exposure to bad smells and risks of infection. Generally speaking, no progress was made in the field of prevention between 2005 and 2016, though the nature of the risks changed slightly: more repetitive work and greater exposure to bad smells and risks of infection. Chemical risks are tending to increase, while the handling of heavy loads is going down.

This explains why more than three-quarters of cleaning employees have experienced pain over the past twelve months, compared to just under two-thirds for the whole labour force. Back pains are the most common form of pain. Another detracting factor is the lack of recognition. On the other hand, autonomy is higher than among other unskilled workers.

In the view of Laurent Vogel, senior researcher at the ETUI, “this study has the great merit of putting a spotlight on working conditions in a sector often neglected in occupational health policies. In the EU directives, domestic work for private individuals is not even covered by prevention requirements. The fact that these jobs are mainly performed by women and workers from a non-French country of origin contributes to a certain disinterest for their working conditions on the part of the public authorities. Indeed, just seven of the 28 EU member states (Belgium, Finland, Germany, Ireland, Italy, Portugal and Sweden) have ratified ILO Convention 189 (2011) on domestic workers".

Photo by Karim MANJRA on Unsplash