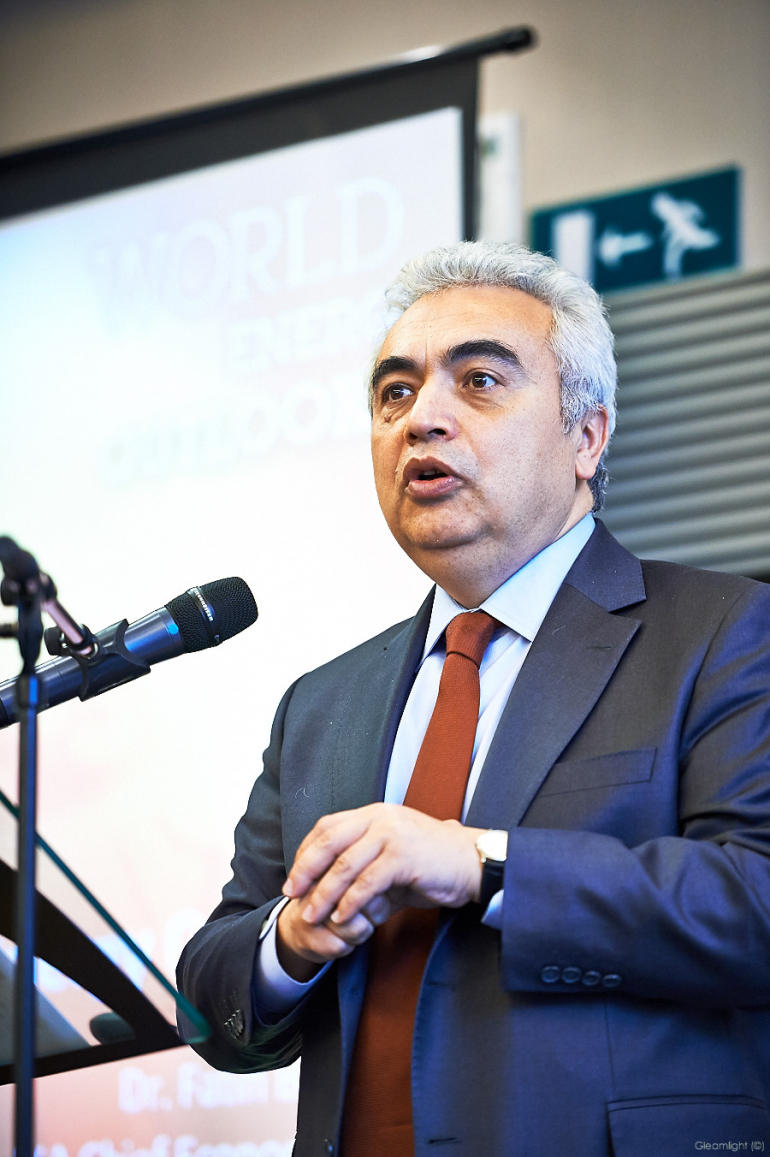 EU policymakers have formulated a strategy to decarbonise the economy to tackle climate change and the end of cheap oil, but these efforts have been undermined by the ongoing financial and economic crisis. The ETUI last week launched a new cycle of conferences on ‘the socio-ecological transition’ to examine these issues, kicking off with an analysis of the environmental and economic dimension of Europe's much-needed energy revolution by Fatih Birol, chief economist at the Paris-based International Energy Agency (IEA).

Mr Birol placed the twin tracks of competitiveness and climate change policies at the heart of his speech. “My main thesis is that this is not an ‘either/or’; we can address both competitiveness and climate change if we employ the right policies.” To do this, the EU must consider its energy policies in a global context and not consider itself as “an energy island,” he said.

The distinguished economist framed his arguments around the shale gas revolution in the US and changes in the nuclear policies of some governments after the Fukushima disaster, which have given a “new slant to the energy context”. Mr Birol said the global energy scene should be compared to a movie, where “the actors’ roles are being re-written”. He highlighted how many countries, such as the US and Brazil, which “had the role of being major energy importers…are becoming major energy exporters”. Meanwhile, the domestic energy consumption of the Middle Eastern “rich oil countries” is now so significant that it is affecting global energy markers, “making these countries exporters and major consumers”.

Global energy trade routes are also changing, said Mr Birol, giving the example of Canada. “Until recently life for Canadians was very simple: they produced oil and gas, sent it south and enjoyed life,” he said. But the US, thanks to its shale gas winnings, no longer needs this energy and so new trade axes are popping up, namely between Canada and China, and Canada and Japan.

The one constant in all this is that “CO2 emissions are still increasing significantly,” he said, with the energy sector largely responsible for this fact. With the current energy trajectory, “we are perfectly on track for a temperature increase of 3.6 degrees C on average,” said Mr Birol. With such a rise, we will not be able to “just take our jackets off and enjoy life; there will be major implications,” he warned.

Mr Birol said he was “not pessimistic that we may have some kind of step forward” towards an international climate agreement at the UN summit in Paris next year. Slowing coal consumption in China, lower CO2 emissions in the US and the EU’s commitment to a strong climate policy were all factors for hope, he suggested. But he warned that regulation would be necessary to ensure cuts in emissions and that market forces alone would not be enough. CO2 emissions have declined in the US since 2007 “as a result of the shale gas revolution,” he said, but highlighted that as gas and coal prices come closer together again, coal is making a comeback and US emissions are rising again.

Likewise the EU needs to accept that high energy prices are a “structural issue,” said Mr Birol. Since the shale gas revolution in the US, “EU gas prices are three times higher than in the US,” he said .This difference may reduce “a bit”, he said, but insisted that the EU will have to deal with high gas prices “for the next two decades”. Europe needs policies to respond to this issue, and “energy, economy, competitiveness and labour interest groups need to come together and decide what to do,” he said. This may involve difficult decisions over energy intensive industries, but the “worst thing is to leave [the situation] as it is”. The EU must boost energy efficiency and renewables, “especially projects that will make economic sense,” recommended Mr Birol, adding that nuclear and shale have a role to play “where they are accepted” by local people.

Jason Anderson, head of climate & energy policy at WWF-Europe, warned that Mr Birol’s predictions were forecasts made on specific scenarios and not necessarily accurate predictions of the future. “We can still change the world,” he said, urging listeners “not to go home and drown your sorrows and fail to turn up to work in morning.” In particular, he questioned Mr Birol’s “narrow criteria” for competitiveness based on energy and called on the EU’s lower carbon industry to focus on ways of harnessing these technologies for domestic use rather than focusing on exports. “We have to invest in EU industries; the shift to clean energy is not a luxury, but a necessity.”

Philip Pearson, senior policy officer at the Trades Union Congress (TUC), called for the move to a low-carbon economy to be a “just transition” based on worker involvement and investment in green jobs, schools, social protection and human rights. The proposed EU 2030 climate and energy package was silent on workers’ voice and social dialogue, he said. “If we don’t involve workers, we will miss a trick,” said Mr Pearson, urging the integration of environmental and industrial policies.

Benjamin Denis, ETUC advisor, said the need to decarbonise “is a matter of solidarity with future generations and people who are already suffering”. And even if climate change were not a problem, it would be a “good idea to decarbonise” to reduce energy dependency, improve the EU’s trade balance and for air quality reasons, he said. The energy revolution was not a choice between manufacturing and reducing emissions, but “striking the right balance,” insisted Mr Denis. He warned that current EU policy instruments were “too fragmented” to deal with the climate and energy challenges, and called for more cooperation between EU member states, higher levels of investment and a broadening of the EU energy debate to include all factors, including the impact on local communities and working conditions.