Digitalisation: between disruption and evolution 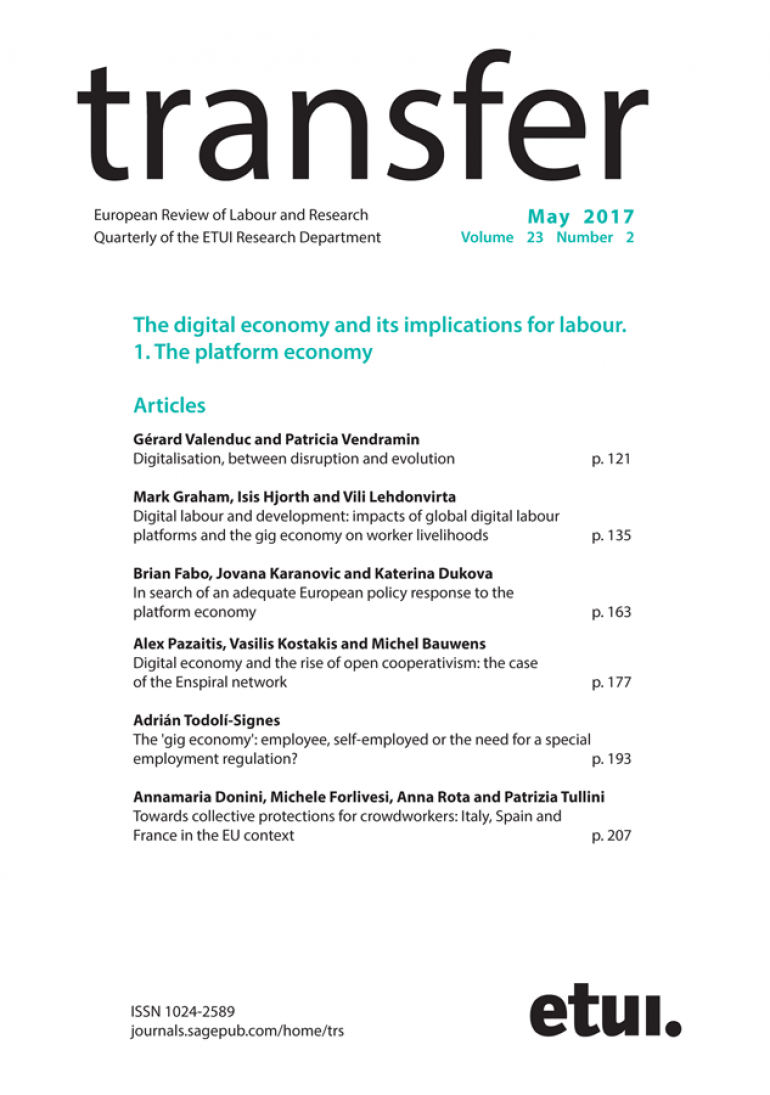 What are the implications of the ‘digital revolution’ on the quantity and quality of jobs? Does the digital economy undermine the traditional employment relationship? Is this time really different and disruptive or are we witnessing a gradual evolution of the trend towards an information or knowledge-based society? These are some of the questions tackled by several academic experts in the latest issue of the ETUI’s quarterly 'Transfer – European Review of Labour and Research'.

The May 2017 issue of Transfer focuses on the platform economy, addressing in particular regulatory issues. It is the first of two issues to be published in 2017 dedicated to the subject of ‘The digital economy and its implications for labour’.

In the opening article (freely available for download until the end of June 2017), Gerard Valenduc and Patricia Vendramin discuss the academic studies and policy reports on employment and labour in the digital economy that have shaped the debate since the 1960s. The authors argue that it is the use of ‘Big Data’ as a strategic economic resource that distinguishes the current wave of digitalisation.

While the post-war debate seemed rather optimistic, seeing the emancipatory potential of automation, the current debate seems much more defensive, focusing largely on the prospect of massive job destructions.

However, while the impact of digitalisation on employment remains uncertain, we have already witnessed transformative impacts of ICT on working conditions and employment practices such as the spread of atypical work practices as well as new forms of work. In this context, the emergence of digital labour platforms represents a key development, as they contribute to the increasing deconstruction of the employment relationship.

Other contributions in this issue focus on the implications, challenges and opportunities represented by those platforms and explore a wide range of regulatory responses to the digital economy. The second issue will deal with broader themes such as the Keynesian consumption dilemma and the Universal Basic Income.