James Galbraith: what Europe needs is solidarity, not austerity 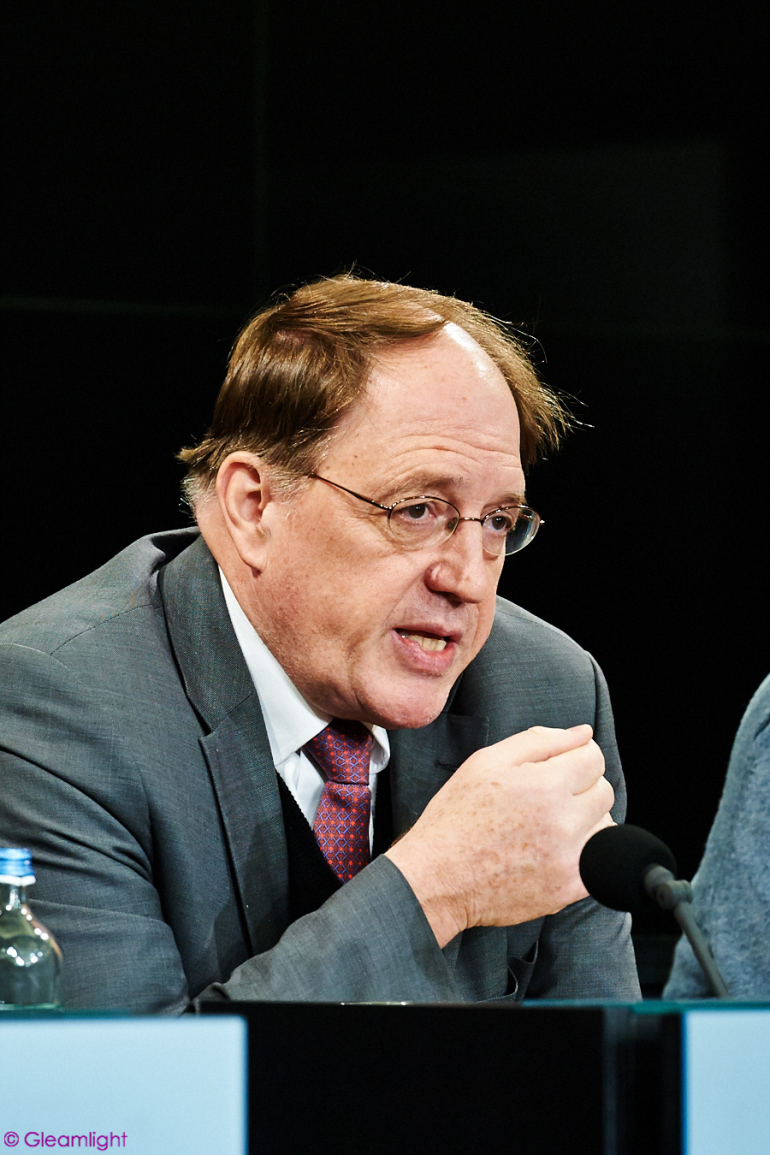 Europe’s ideologically driven austerity policies are leading to economic and social divergence between member states that could produce chaos, not to mention complete citizen disenchantment with the European project. What Europe needs is stabilising its institutions and building on solidarity to deal with the new reality of slow growth. Such was the overriding conclusion of the extremely well attended conference organised by the European Trade Union Institute, on 11 December, with well-known American economist James Galbraith.

Mr Galbraith, after outlining the different explanations for the origins of the recent crisis, concluded that inequality and financial fraud are the main drivers of this latest economic depression. “Most explanations”, Galbraith commented, “start out from the view that this is a transient event from which recovery will proceed more or less on its own”. A lot of the “one-note” narratives of the crisis, he added, fundamentally omitted any reference to the role played by all the rising forms of inequality that result from the extreme financialisation of the global economy.

Galbraith believes that Europe’s current austerity policies will lead only to less growth, a further decline in tax revenues and weaker public institutions – which, he claims, is “a formula that will lead to destruction”. “We have been here before, and not so long ago”, the American professor pointed out, referring to the collapse of Yugoslavia, a country once hailed by economists as an example that well repaid close study. However, not only was Professor Galbraith highly critical of the neo-liberal remedies for dealing with the crisis; he took issue also with some of the progressive counter-proposals.

“Progressive economists too, have failed to understand what they were up against”, Galbraith stated. In the first years of the crisis, these economists took up the “banner of Keynesianism”, proposing stimulus programmes as a route to a quick recovery. “While this approach did not work, what it did do was to discredit alternative narratives.”

The current crisis is actually much more fundamental in nature, for the world of today is facing important obstacles to any form of return to growth. Galbraith, who believes that the “physical basis and the institutional basis of the previous growth economy are deeply impaired,” delivered the following essential message:

“The notion that we are going to have a rapid return to growth is a fantasy, no matter who is offering it. We need to condition ourselves to a slower growth rate and we need to make our societies work on the basis of that knowledge”.

What has to be done to this end, Galbraith continued, is to stabilise institutions and to focus on solidarity as the key stabilising principle in times of slower growth. By way of conclusion, he ended the presentation by proposing two “good ideas”: a European employment insurance scheme and a European pension union.

Commenting on Professor Galbraith’s intervention, Jan Willem Goudriaan, Deputy General Secretary of the European Public Services Union, highlighted the disenchantment of trade union members and citizens with the European project, while also criticising the EU leaders’ proposals for a so-called “genuine economic and monetary union” which “does not even pay lip service” to the trade union request for a new “Social Pact”.

Alfonso Arpaia, of the EU’s Directorate General for Economic and Financial Affairs, on the other hand, defended the Commission’s approach, emphasizing that member states are faced with some tough choices.

Finally Pierre Defraigne – of the Brussels Madariaga think-tank – agreed with James Galbraith’s analysis of the origins of the crisis. “The past decades of growth have been illusory, based on unsustainable debt and a declining economic position”, said Defraigne. “After the Thirty Glorious Years of economic growth [after the Second World War – in French known as “les Trente Glorieuses”] we have had the Thirty Deceptive Years [les Trente Trompeuses],” Defraigne continued: “that is to say, years during which we thought we were growing but failed to realise that we were buying this growth with ever more inequality and increasing over-indebtedness.”