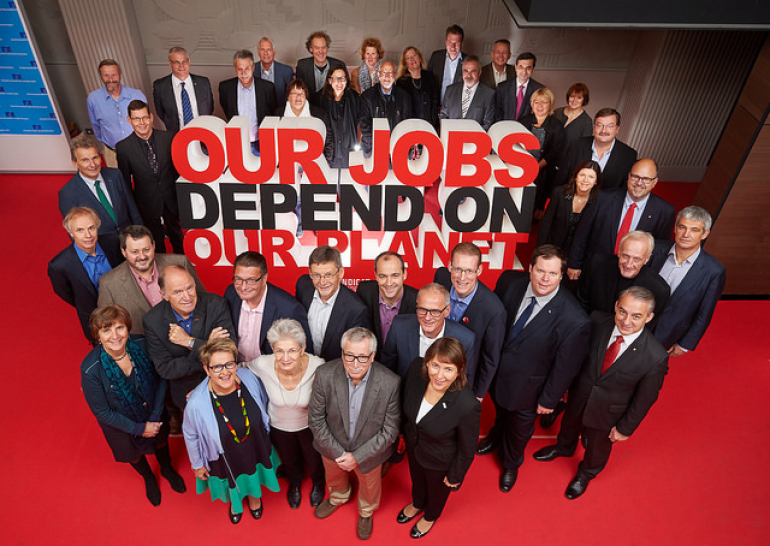 Two weeks after the terror attacks on Paris, the French capital is once again the theatre of one of the major events of 2015: the ‘COP21 climate summit’ seen by experts as the ‘last chance for the planet’. World leaders will need to think and act big and to combine strong climate action with radical social policies for a just social-ecological transition.

The Paris climate summit takes place from 30 November to 11 December. Many thousands of diplomats and officials from nearly 200 countries will try to produce a new international climate action plan to limit global warming to the 2 degrees Celcius threshold scientists have defined as ‘safe’.

Expectations for this 21st meeting of the United Nations Framework Convention on Climate Change (UNFCCC) are mixed. World leaders and leading environmental politicians expressed optimism that the summit will produce a significant roadmap for the global fight against climate change. But green NGOs and the scientific community have already expressed their scepticism, stressing that the proposals put forward by the different countries will keep the world on track for a warming of between 2.5 to 4 degrees. There is also still very considerable doubt about the level of financial support that will be available for these actions.

The international trade union community has kept the fight against climate change high on its agenda, despite challenges as regards the potential jobs impact in some sectors. ‘There are no jobs on a dead planet’ has become one of the slogans governing trade union actions to tackle climate change.

In a recent ETUI publication, senior French economist Eloi Laurent and ETUI general director Philippe Pochet have linked the climate change challenge with the growing inequality and unemployment crises in Europe. In their book, the two authors present ten proposals for the socially just and ecologically safe transition: