The Double Standard at Work: European corporate investment and workers’ rights in the American south 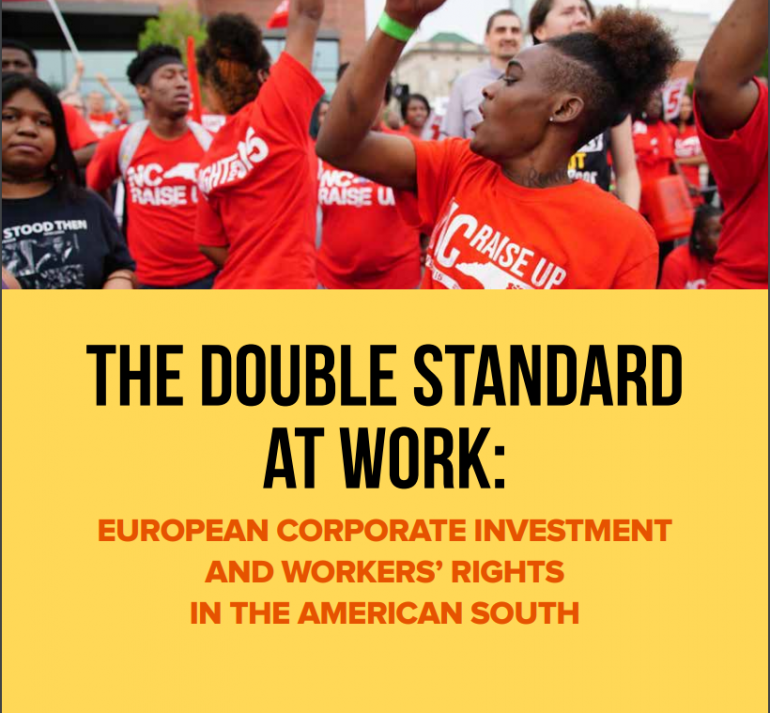 A new report published by The American Federation of Labor-Congress of Industrial Organizations (AFL-CIO) discusses how multinational corporations based in Europe have accelerated their foreign direct investment in the Southern states of the United States in the past quarter-century. Some companies honour workers’ freedom of association, respect workers’ organizing rights and engage in good-faith collective bargaining when workers choose trade union representation. Other firms have interfered with freedom of association, launched aggressive campaigns against employees’ organizing attempts and failed to bargain in good faith when workers choose union representation.

The report, by the international labor law expert Lance Compa, examines European companies’ choices on workers’ rights with documented case studies in several American Southern states. European companies investing in the American South generally respect workers’ organizing and bargaining rights. They commit themselves to International Labor Organization core labor standards, Organization for Economic Co-operation and Development Guidelines, UN Guiding Principles, the UN Global Compact, and other international norms on freedom of association and collective bargaining. But they do not always live up to these global standards in their Southern U.S. operations.
Case studies on well-known companies like VW, Airbus, IKEA and large but lesser known ones like Fresenius and Skanska provide examples of companies that have followed a lower standard in their operations in the southern states where the region’s legacy of racial injustice and social inequality open the door to a low-road way of doing business. The report also makes clear that companies always have a choice and could choose to respect workers human rights.