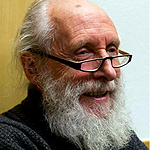 PhD in economics on “Pauvreté et aide sociale départementale en France “ [poverty and local assistance in France], 1981, University of Rennes, France. Assistant professor and professor at the university of Nantes (France) since 1981, until 2010. Teaching: mainly microeconomics (public economics etc.), and statistical methods (descriptive, probability, econometrics, data analysis) Research: on the care for frail elderly (80s), on social exclusion (90s), and international comparison of social protection systems. Member of the Observatory on the national policies to combat social exclusion, DG Employment and social affairs (1990-1994) Director of the Maison des Sciences de l’Homme (MSH) at Nantes (1999-2005). Coordinator of a COST Action on reforms of social protection in a period of globalisation and Europeanisation (1999-2004) and general coordinator of a Network of Excellence (NoE) on Reconciling Work and Welfare in Europe (RECWOWE), 2006-2011. Current position/activity: Emeritus Professor of the university of Nantes Senior scientific advisor of the European Social Observatory Member of the Series editor “Work and Welfare in Europe”, in Palgrave Macmillan publishing.

Sickness benefits in the EU: making sense of diversity

One of the hallmarks of the European Union (EU) Member States’ social protection systems, unlike that of other regions in the world, is the... Find out more

Social policy in the European Union: state of play 2017

The 18th edition of Social policy in the European Union: state of play reports on recent European Union (EU) and national social... Find out more

The 17th edition of Social policy in the European Union: state of play reports on recent EU and national social policymaking, with... Find out more