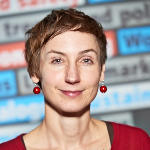 Magdalena Bernaciak was a Senior Researcher at the ETUI. Her academic interests lie in the political economy of EU eastern enlargement, industrial relations in Central-Eastern Europe, and transnational relations among trade unions. Magdalena holds MA degrees in International Relations/ European Studies and in Political Science. She completed her PhD studies in Political Science at Central European University, Budapest. She was also a visiting fellow at the Institute for Economic and Social Research (WSI) in Düsseldorf and the University of Warwick’s Industrial Relations Research Unit (IRRU). In 2018 she became Assistant Professor at the Department of Politics and European Studies at the American University in Bulgaria (AUBG).

Posting of workers before national courts

Intra-EU employee posting remains a politically and legally contentious matter that continues to feature on the agendas of lawmakers, trade... Find out more

This book provides a detailed account of the innovative practices pursued by trade unions in Central and Eastern Europe since 2008. The book... Find out more

This book investigates the role that foreign direct investment (FDI) in central-eastern and southern Europe has played in the post-crisis... Find out more

The term ‘social dumping’ regularly appears in public debates and in policymaking circles. However, due to its ambiguity it is used in a... Find out more