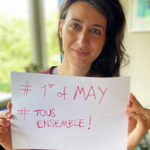 Silvia holds a Law degree from the University of Bologna (2012), where she specialized in European integration and fundamental rights. After a traineeship in a law firm dealing with Italian labour and social security law, in 2014 she obtained an LLM in International and European Labour Law at the University of Amsterdam (UvA). Silvia was a Schuman trainee at the European Parliament in 2015. After that, and until the moment she joined the ETUI in November 2019, she has been working at Tilburg University as a PhD candidate. Her doctoral research deals with workers’ rights in case of business restructurings, with a particular focus on the decision-making of the Court of Justice of the EU.