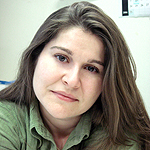 The present material serves to raise awareness on the reality of platform work among national trade union organizations. The ETUI initiative responds to the identified training needs for a common approach to development of this topic at EU level, based on proposals expressed by the ETUC’s member organizations. The ETUI’s choice of the pedagogical... Find out more