Exploring the link between growth and welfare states 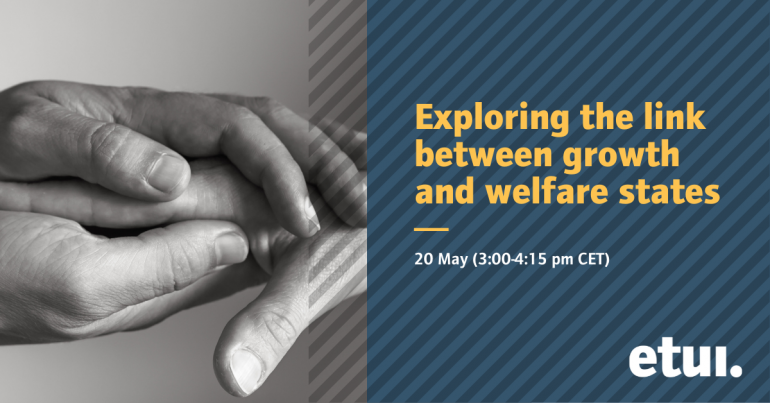 The recording of the event can be found here ↓

The pandemic has undoubtedly amplified the cracks in our welfare states and has acted as a stark reminder of how important it is to have a sound health care system, functioning unemployment insurance and, more generally, a tight safety net that guarantees social solidarity for all.

Still, against this backdrop, European Welfare States are facing additional challenges such as climate change, social, labour market and economic inequalities that have been pressing well before the Covid crisis. The pandemic has only acted as an amplifier.

As shown in the recent publication, Growth and Welfare in Advanced Capitalist Economies: How Have Growth Regimes Evolved?, Anke Hassel and Bruno Palier clearly demonstrate that welfare systems clearly function and redistribute differently compared to forty years ago. For example, the Netherlands, traditionally a conservative welfare state, today has the biggest private pension fund system in the Western world. Sweden, known for its generous and egalitarian welfare system, has experienced rapidly rising levels of inequality. Liberal market economies, such as the United Kingdom, have higher minimum wages than Germany, Belgium, and the Netherlands. In Western Europe, Germany is the country with the largest low-pay segment and has had the most considerable increase in working poor since the late 1990s.

As the pandemic has put growth at the forefront of both the EU and Member States’ agenda, the webinar will explore the links between growth strategies and welfare states, what could be the prospect for an exit of the crisis that would not reiterate the austerity post-2008 and what role will the socio-ecological transition play.