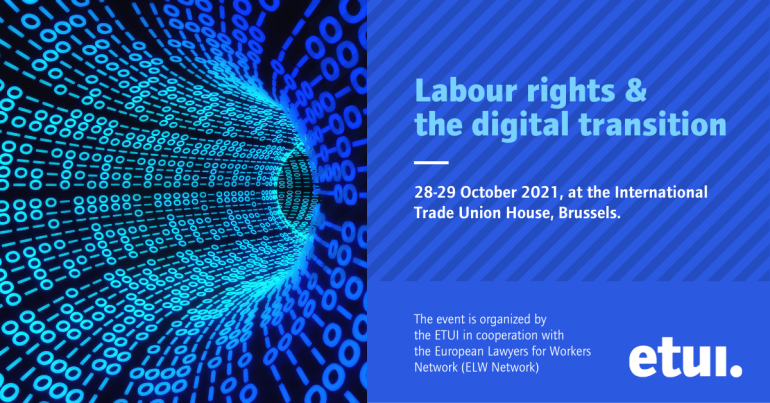 The impact of digitisation on society and the world of work is incremental and will only become more pervasive. It manifests itself in different ways and forms. The introduction of AI at the workplace comes with benefits for the work organization, production and the assessment of work performances. On the other hand, it poses new problems: surveillance, health and safety implications and, at least formally, consents a wider organizational autonomy to the workers, paving the way for (employer friendly) stances in favour of ‘lighter’ employment protection. At the same time, there is the emergence of new business models, such as platform work and the gig-economy. We are also seeing the expansion of digital marketplaces and service providers such as Amazon, which through their extraordinary market power are changing professional sectors and labour relations.

Against this transformational effect, how to ensure that the digital transition does not occur at the expense of workers?

This conference proposes a multidimensional reflection on the role of labour law, and seeks to identify initiatives that have been taken, or could be taken: