New beginnings? The European Pillar of Social Rights and the new Commission 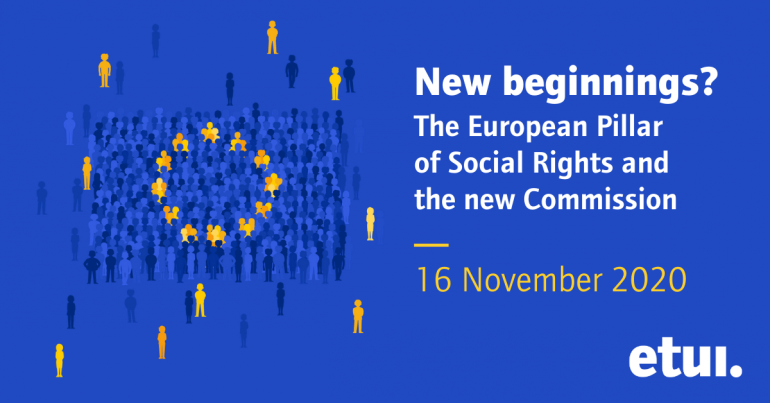 The idea behind this conference is to explore the potential, but also the challenges, of outlining an EU social agenda that is mainly based on the European Pillar of Social Rights (EPSR). While the Pillar establishes crucial programmatic principles for the development of the social dimension of the EU, it was first conceived as part of the previous Commission’s strategy to deepen and strengthen economic and monetary integration. The rationale of the Pillar is therefore twofold: to establish social and labour standards, but also to support a growth-enhancing agenda.

The aim of the conference is to provide a multidimensional analysis of the Social Pillar. The first session will address the role of Pillar within the system of EU economic governance and invite us to reflect on the implications thereof. The second session will take the format of a political debate, in which the opportunities and weakness of the Pillar will be outlined and discussed. The third session will be dedicated to the labour and social policy initiatives that have been adopted and will be developed via the implementation of the Pillar.

Agenda (click on the title to view the presentation):

10:30-12:00 The EPSR and its contextualization into the economic realm

- Francesco Corti (University of Milan and CEPS)- The EPSR in the EU economic governance after Covid-19: from the General Escape clause to Next Generation EU

- Sotiria Theodoropoulou (ETUI)- Developing the social dimension of the E(M)U: how to take forward the implementation of the European Pillar of Social Rights