How can migrant workers contribute to trade union revitalisation? 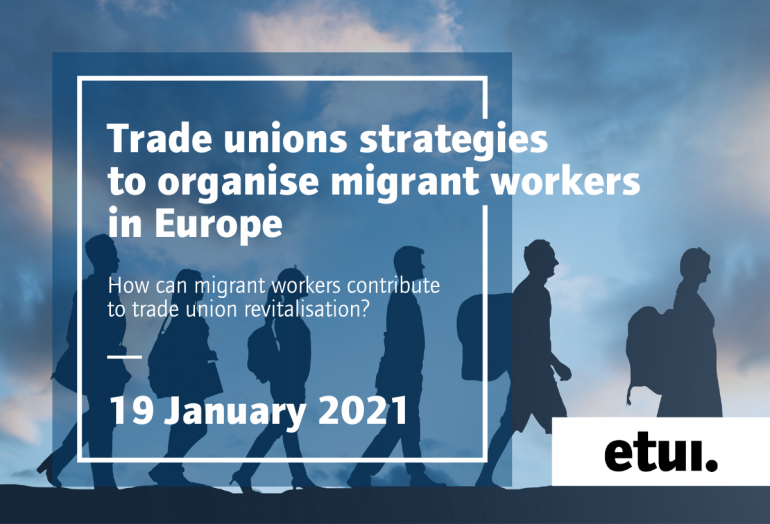 The EU enlargement of  2004 resulted in high levels of labour migration from Central and Eastern Europe (CEE) to the Western European member states. Western European trade unions responded to the phenomenon of CEE migration by developing various initiatives which combined existing recruitment and inclusion strategies with innovative practices, such as new forms of organising, and a heightened focus on trade union revitalisation. The economic crisis of 2008 and the consequential precarisation of  the labour market has shifted the position of unions by including migrants in the larger group of precarious workers. The more recent refugee ‘crisis’ of 2015  has additionally pushed unions to develop novel policies that focus on refugees. However, the challenges related to migration are not only reduced to Western European countries, but they also concern trade unions from CEE countries such as Poland or the Czechia, which have become countries of destinations for workers from Eastern Europe.

The conference will engage and discuss research on the recent trade unions experiences and strategies in organising migrant workers and refugees with active scholars, studying the field of trade union renewal and migration. The conference aims to discuss the above challenges as well as to reflect on lessons learnt from the trade unions experiences over the past 17 years. The conference will also assess the level or preparedness of unions to future flows of migration and precarisation due to the 2020 pandemic and forthcoming economic crisis. Finally, it aims to address how migrants are contributing to trade union renewal within the context of decreasing trade union membership.

The conference will be divided into three panels. The first will provide a background discussion on the evolution of trade unions’ dilemmas and strategies in organising migrant workers. The second will examine trade unions’ approaches to  Spanish, Polish and Ukrainian migrant workers. The last panel will focus on undocumented workers and refugees.

The conference is addressed to scholars and trade unionists. Interpretation English/French/Polish/Italian will be available.

Download here the agenda in English, also available in French and Polish.

The conference is on invitation only.