The place of working time reduction in the socio-ecological transition 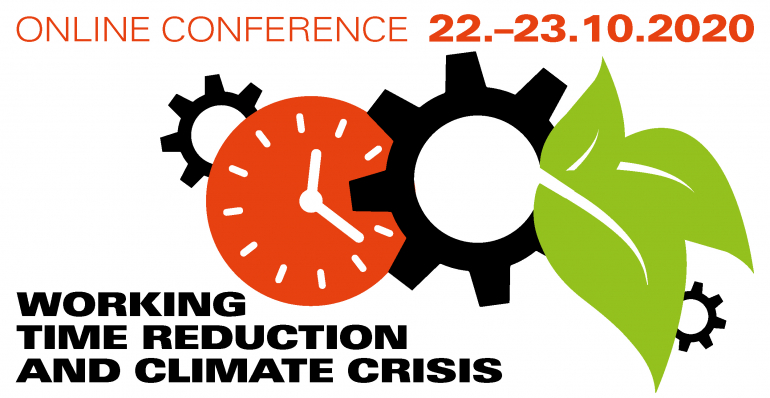 The shorter working week has always been at the heart of the labour movement. The eight-hour movement extended beyond borders and ensured that today we enjoy things like the weekend and the eight-hour day. After decades in the political wilderness, the shorter working week is fast becoming one of the major political issues across Europe: now it is not only about workers’ wellbeing, equality and the reduction of unemployment – now it could be about saving the planet, too!

Research has demonstrated that shorter work hours are associated with reduced carbon emissions, however the relationship is complex. At our 2020 conference, we want to discuss the potential contribution of working time reduction to the socio-ecological transition, its role in initiatives addressing climate change and its place in approaches to the European Green New Deal. The public conference brings together key actors from campaigns on the reduction of working time, policy-makers, and climate initiatives from across Europe.

Roundtable 4 The French Example: Behind the myth: effects and consequences of the 35 hours 20 years after