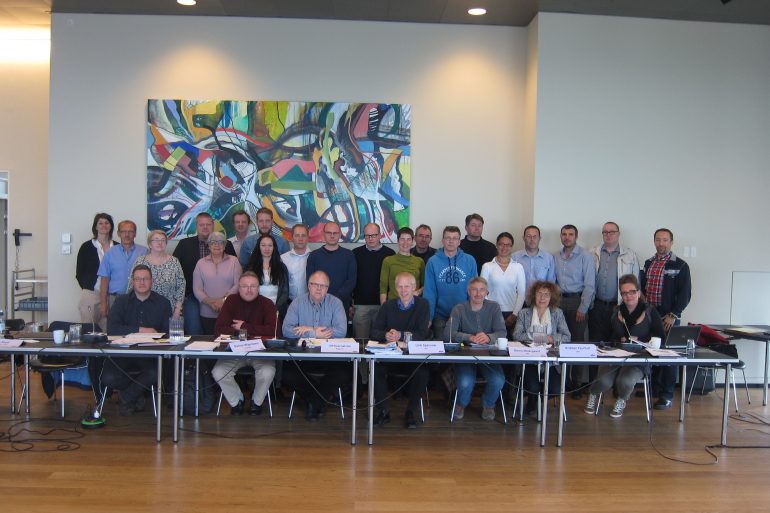 Nanomaterials are used in many EU workplaces despite our limited and even non-existent knowledge about the hazards they bring to human health or the environment, and about occupational exposure impacts. As use of nanomaterials increases, it is increasingly important to ensure that workers are aware of their existence and of the best ways to prevent worker exposure in the workplace.

Since mid-2013, ETUI has been in a partner in an EU-funded research project on dialogue and outreach on nanotechnologies: NanoDiode. Through the project, ETUI is creating various capacity-building tools to increase worker awareness of nanomaterials and to ensure better worker protection from their exposure.

On 29-30 April EU trade union and worker health and safety representatives took part in a pilot testing of the capacity-building tools prepared so far – a series of presentations that provide fundamental information on various aspects of worker protection in relation to nanomaterials. Organised with LO-DK in Copenhagen, the two-day training event provided representatives from Bulgaria, Denmark, Finland, Malta, Sweden, and the UK to learn more about nanomaterials in the workplace, to comment on the presentations prepared, and to reflect on what other tools would be useful for trade unions to communicate on nanomaterials with workers and their representatives.

In the coming months, the presentations will be finalized and put on the ETUI website for access by trade unions and those providing training or health and safety support to workers and their representatives. Other useful tools will also be developed and made available on the ETUI website, most notably a simplified version of the steps to take in a risk evaluation of nanomaterials in the workplace, the key questions to ask employees and employers, and key sources of further information. Another tool to be developed is a visual graphic that shows the worker protections considerations along the lifecycle of a given nanomaterial as it is produced, introduced into a specific product, the product used in a work setting, and then discarded after use.