Towards a progressive EMU fiscal governance 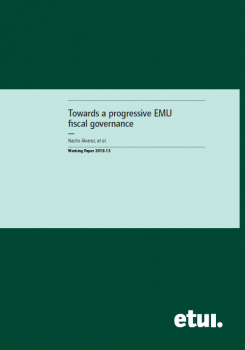 Starting from the view that the crises in the euro zone were basically triggered by financial markets and reinforced by a lack of instruments for effective economic policy at the EMU level (Economic and Monetary Union), this working paper contributes to the ongoing debate on how to reform the Eurozone. The paper proposes a focus on general principles for fiscal governance reform aiming at a better economic, social and environmental performance on the part of EMU. As the main principles for progressive governance, the authors identify a need for: a much more active and prominent role for fiscal policy; ‘safer’ government bonds; more and better coordination between fiscal and other economic, social and environmental policies, as well as between member states, to foster sustainable well-being; and more democratic participation and scrutiny.