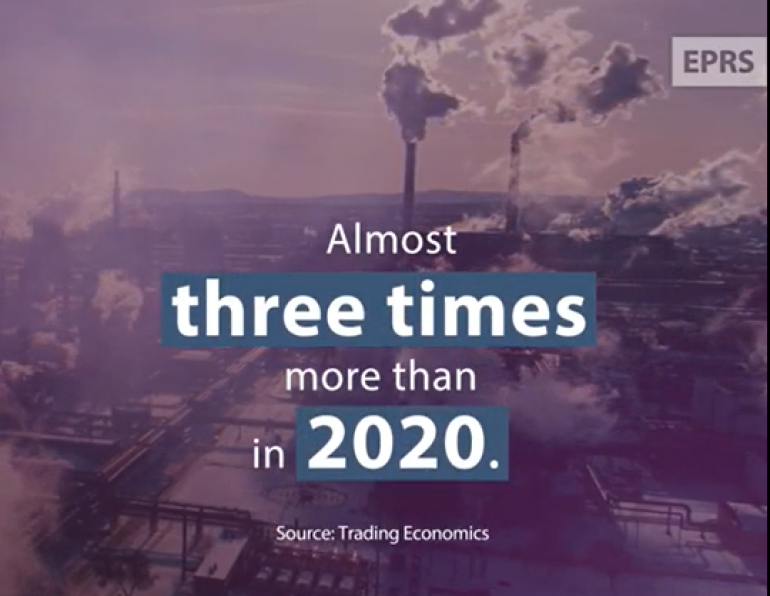 On 8 June, the European Parliament failed to adopt three essential legislative proposals of the EU Commission’s ‘Fit for 55’ package. In a chaotic plenary session, MEPs were unable to agree on reforming the EU's carbon market (ETS), the introduction of a carbon border tax (CBAM) and the establishment of a Social Climate Fund, after the EPP Group – under pressure from massive industry opposition -  had tried to water down the compromise reached in the Environment Committee. The main disagreement was over how quickly to free CO2 permits for industry should be phased out.

One week later, negotiators for the political groups agreed to a new compromise text, which will now be voted again in Plenary on 22 June before going for Trialogue discussions with Commission and Council.

As a result of the Ukraine war and the rising costs of living due to inflation, the battle over the EU’s climate policies has clearly intensified. In the run-up to the new vote in the Parliament next week, 10 members states (Denmark, Germany, Finland, Austria, Slovenia, the Netherlands, Spain and others) expressed concerns over attempts to weaken the EU’s green ambitions.

For more on this controversial vote in the Parliament:

End of combustion engine cars in 2035?

In the same session of 8 June, MEPs backed another Commission proposal on banning the sale of new combustion engine cars in the 27 member states from 2035. The proposed ban met immediately with a lot of strong criticism from the German car industry.

More on this topic:

On 14 June, the members of the Environment Committee and the Economic Committee in the European Parliament rejected the Commission’s plans to include gas and nuclear energy activities in the ‘Green Taxonomy’. The resolution adopted by these committees will now go to the plenary session of July where it will need an absolute majority (353 MEPs) to have the Commission change or withdraw its original proposal.

Further readings on the Taxonomy can be found in our previous GreenReads in the February newsletter.

Will Australia get serious on climate change?

Hopes of the global climate activists were raised last month when the Australian parliamentary elections led to a change of government. With the Labor government of Prime Minister Albanese taking over, will Australia go from climate laggard to climate leader?

The Conversation: Laggard to leader? Labor could repair Australia’s tattered reputation on climate change, if it gets these things right

Carbon Brief: What does the new Australian Labor government mean for climate change?