European enlargement and the economic crisis: impact and lasting effects 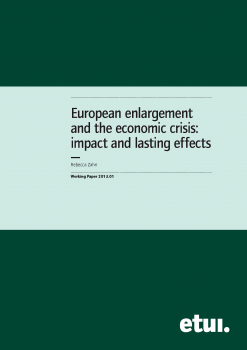 This working paper by Rebecca Zahn of the University of Stirling looks at the effects of the economic crisis on the enlarged European Union and the European Social Model.

Starting from an analysis of the well-known Viking and Laval decisions of the European Court of Justice from 2007 and 2008, the author of the report sees increasing tensions between EU member states over “social dumping”, austerity packages and growing inequality between workers.

This development results in citizens questioning the benefits of further European integration and threatens the very existence of the European social model.