Organising non-standard workers in Germany and the Netherlands 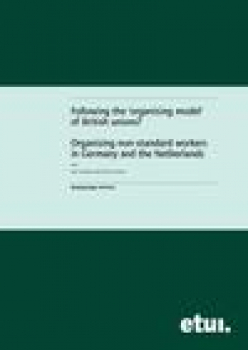 Over the last three decades trade unions in almost all European countries have been losing members. In particular non-standard workers (part-time employed, temporary employed and own- account self-employed) are currently less likely than those on standard contracts to be organised in unions. The paper, which is based on a literature review, has a twofold purpose. A first objective is to provide a survey of the initiatives developed by trade unions in Germany, the Netherlands and the UK for organising non-standard workers. A second objective is to assess whether, and to what extent, the Dutch and German unions are influenced by British union practices for recruiting new members and among them non-standard workers.