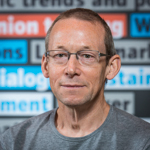 Martin Myant graduated in Economics from the University of Cambridge in 1971 and completed a PhD in modern Czechoslovak history at the University of Glasgow in 1978. He taught Economics from 1978 to 2012. His main research has been on Eastern and Central Europe, especially the former Czechoslovakia, the Czech Republic and Poland, following economic and political development through state socialism to the transformation period and the effects of, and policy responses to, the economic crisis since 2008. He has coordinated projects involving researchers from several European countries, following strategies for economic transformation and their implications for economic competitiveness, and also written on the development and policies of trade unions in the Czech Republic.