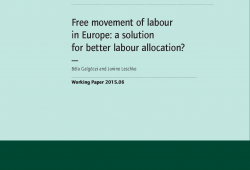 Free movement of labour in Europe: a solution for better labour allocation?

The European Commission has time and again promoted intra-EU labour mobility as a major contributor to the better functioning of European labour markets. On the other hand, concerns about increasing labour mobility are mounting in a number of member states and populist parties are trying to... Find out more 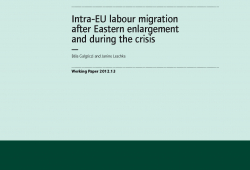 This paper by senior ETUI researchers Béla Galgóczi and Janine Leschke looks at recent trends in labour migration from new EU member states to the EU15, with a focus on the impact of the crisis on intra-EU labour mobility. Based on data from the European Labour Force Survey, the findings of the... Find out more 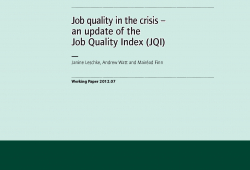 This paper is an update of the synthetic job quality index (JQI) for the EU27 countries which has been created in 2008 (see ETUI Working paper 2008.03 and 2008.07) in an attempt to shed light on the question of how European countries compare with each other and how they are developing over time in... Find out more 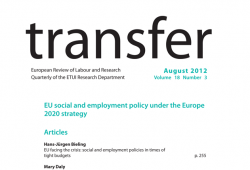 EU social and employment policy under the Europe 2020 strategy

Transfer stimulates dialogue between the European trade union movement and the academic and research community. It contributes research findings on issues of strategic relevance for trade unions, in particular with regard to developments at the European level. Transfer publishes original peer... Find out more 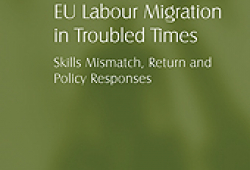 The debate on the free movement of labour within the EU has gained new momentum in the wake of the economic crisis. Building on the earlier Ashgate publication EU Labour Migration Since Enlargement, the editors have assembled a team of experts from across Europe to shed light on the critical issues... Find out more 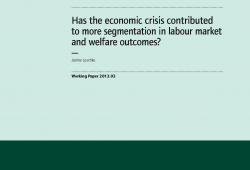 This paper analyses whether developments on the labour market and in the welfare system during the economic crisis can be seen as perpetuating the trend towards labour market segmentation or whether the crisis may actually have contributed to containing some of the divisions forged in recent decades... Find out more 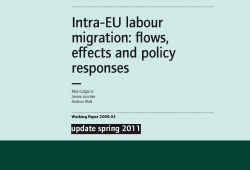 This working paper is an update of the 2009/3 ETUI Working Paper that was itself an abridged and revised version of the introductory chapter of the book EU Labour Migration since Enlargement: Trends, Impacts and Policies. The book, published by Ashgate in May 2009, was edited by the present authors... Find out more 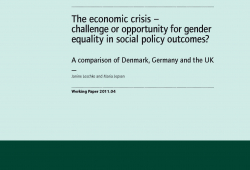 The economic crisis – challenge or opportunity for gender equality in social policy outcomes?

This new working paper aims to assess the impact of the current financial and economic crisis on gender equality in terms of labour market and welfare outcomes. This paper undertakes an in-depth examination of three European countries with differing welfare state configurations and different... Find out more 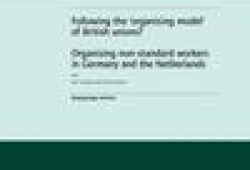 Over the last three decades trade unions in almost all European countries have been losing members. In particular non-standard workers (part-time employed, temporary employed and own- account self-employed) are currently less likely than those on standard contracts to be organised in unions. The... Find out more 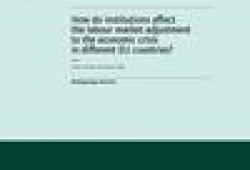 How do institutions affect the labour market adjustment to the economic crisis in different EU countries?

The economic crisis which began in most European countries in mid-2008 has had severe effects on labour markets. Although no country has escaped the crisis, the extent of output losses and the number of jobs lost, as well as the resulting rise in unemployment, vary considerably between countries. In... Find out more