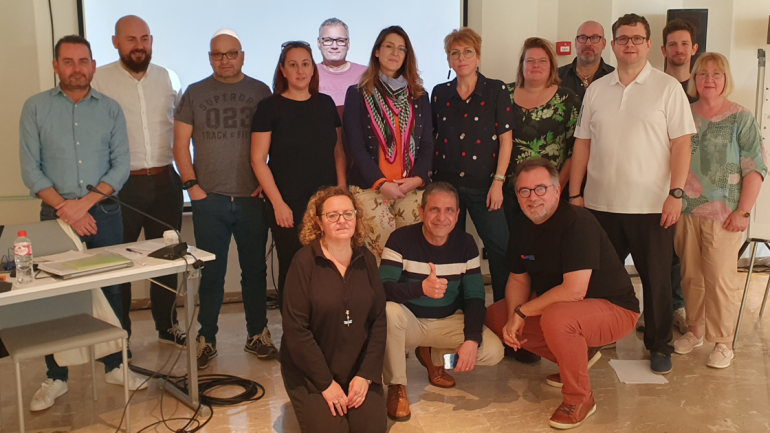 14 participants from Spain, Germany, Belgium, Sweden, Italy and Ireland attended and they have now become part of industriAll Europe’s network of experts and negotiators. The participants were a mix of EWC coordinators and experts, but all were new to negotiating EWC and SE WC agreements.

The focus of the training was on developing the technical knowledge and practical skills to support already existing EWCs or to help create new ones.

During the interval between the two workshops, participants were asked to continue their work and exchange ideas with the IndustriAll Europe Company Policy Committee member of their organisation. The aim was to analyse the differences between what is considered a good EWC agreement compared to a bad one, and to reflect on the dos and don’ts of a negotiation.

The second workshop was a series of role play activities centred on the practice of negotiations and how to develop a good EWC text. Participants developed a timeline for the start of an EWC negotiation and discussed the procedures and rules around negotiations.

The core session of the workshop was an exchange with the key speaker, Jonathan Hayward (international delegate, Unite the Union), who is co-chair of industriAll Europe’s Company Policy Committee (CPC). Jonathan spoke about the practice, from his experience of European Works Council negotiations. He answered participants’ questions and provided practical recommendations on how to prepare for and conduct negotiations to obtain the best possible outcome.

The team of trainers for the workshop included Cyprian Szyszka from ETUI, Caroline Blot, CFDT FGMM and member of the CPC, and Bruno Demaître from industriAll Europe.

Participants described the training as “inspiring”, “informative”, “fruitful”, “insightful” and very “productive”. Many connections were formed during both workshops and a social media group has been created to allow participants to stay in touch and to support each other.