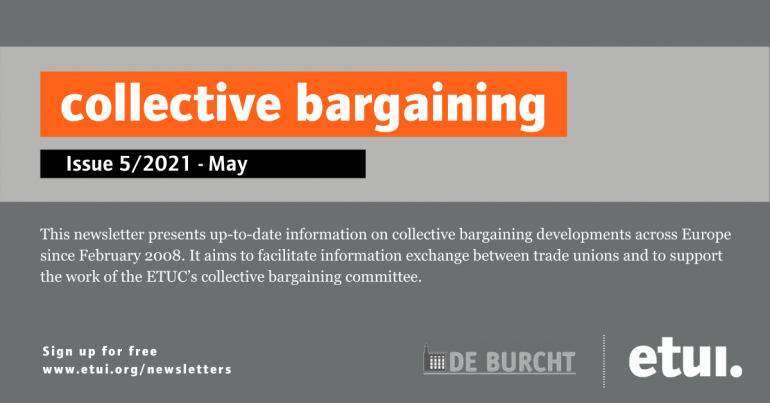 Trade union IG BCE signed a pioneer agreement that can inspire sister unions across Europe. In the rubber industry, trade unionists from now on have a legal right to engage with teleworkers. This new agreement is a novelty in the field of trade union rights, as it enables communication with teleworkers in order to recruit members, defend their rights and take collective decisions, while also ensuring that data protection rights are respected.

The government detailed a wide-ranging reform of labour law that encompasses working time, teleworking, the right to disconnect, paternity leave, strike action and platform workers. The most contentious part of the bill introduces flexibility to the eight-hour workday by allowing employees to work up to 10 hours on one day and fewer on another, or take time off. It will also give workers the right to disconnect outside of office hours.

The Netherlands - Collective agreement for transport and logistics

Food delivery and courier companies have three months to employ drivers as staff under a landmark new law. The law, given royal decree, requires employers in the sector to hire any workers currently freelancing for them by mid-August, and will affect around 30,000 couriers. The law will technically give workers employee status and corresponding rights, but will also give unions the right to access algorithms used by the employers to manage their workforce. This will enable the unions to ensure workers are not underpaid if demand for services falls, as well as monitor working hours and conditions.

Uber said it was recognising Britain's GMB union, allowing it to represent up to 70,000 drivers and boosting the power of workers with collective bargaining. Recognition means a union has the right to negotiate on behalf of the workforce. Meetings will take place quarterly to discuss issues and the pair will work on matters such as pay, pensions and safety.

Find out more in the May issue