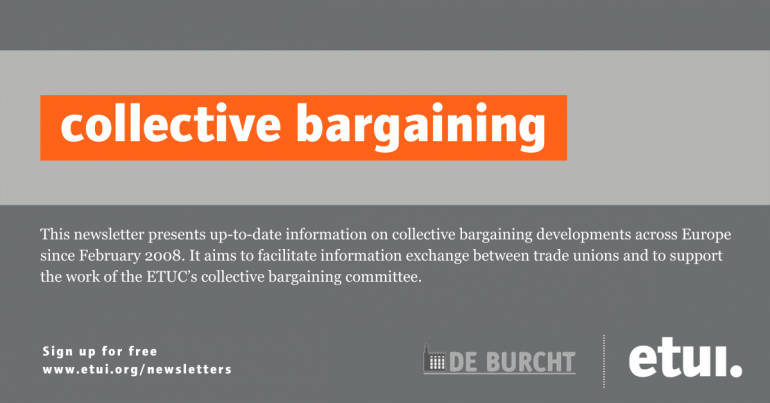 For workers in the cleaning sector a new collective agreement has been concluded. Wages of those employed in monument, facade and building cleaning will be on average 3.5% higher from 2022. For employees in hospital cleaning, the increase in the collective agreement is 3.8 %. Here, the full-time wage will then be € 1,704.29 gross per month, which corresponds to the level in the commercial sector.

An agreement was reached between forestry company Stora Enso and the Paperworkers’ Union. Under the deal, the employees will receive a 1.9% pay increase in the first two years and 0.9% in the third year. The collective agreement is valid for two years and four months, so wages will increase by two percent annually.

On 13 October an agreement was reached for the civil servants working for the central government. The main points of the collective agreement are a 2% wage increase as of 1 July 2021, a one-off payment of €300 in December 2021, and a one-off and a structural allowance for working from home.

The Estonian Trade Union Confederation (EAKL) and the Estonian Employers' Confederation signed an agreement that will increase the minimum wage to €654 in 2022 - an increase of €70. They furthermore agree that the hourly wage will rise to €3.86. According to the central bank, this means that in 2022, the minimum wage will rise by 12% and will stand at 39.5% of the average wage. Employers and unions are also proposing that increases in the minimum wage should not be arbitrarily linked to other benefit changes, such as kindergarten fees or salaries of municipality leaders.

Find out more in the October issue