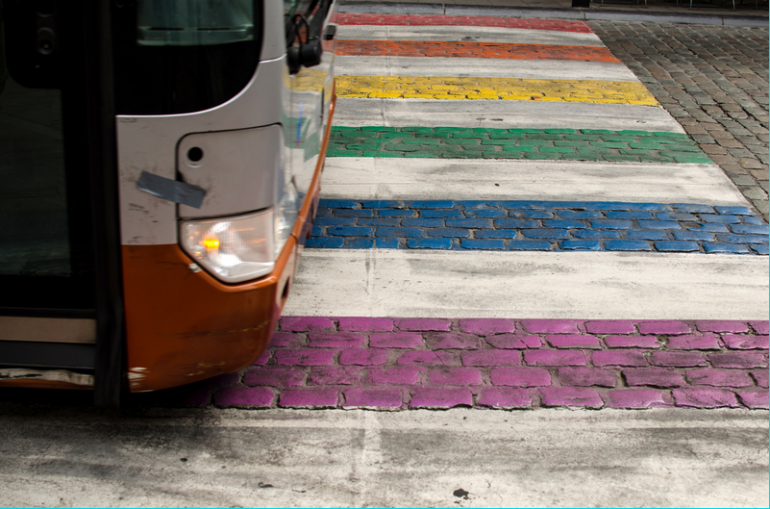 On 4 January 2021, the court case commenced between STIB, the Brussels public transport provider, and 215 of its drivers. On 11 & 17 May 2020, more than 1000 STIB workers exercised their right to stop work for safety reasons, judging their work situation to be endangering their health. However, STIB management did not recognise the exercise of this right, deeming that all these workers were sufficiently protected and that there was no serious and imminent danger.

The case raises a number of fundamental questions regarding health and safety at work. The first is the question of whether exposure to SARS-CoV-2 can be considered as a serious and imminent danger. In the view of STIB spokesman Françoise Ledune, the work stoppages in May 2020 were not “justifiable by a serious and imminent danger”. But according to Sophie Remouchamps, the lawyer representing the workers, “the perception of the danger by the worker is subjective and dependent on the information and training provided to a worker with regard to the risks and effectiveness of the prevention measures, as well as on his own knowledge, experience and on publicly available information”.

The existence of a serious and imminent danger is fundamental, as it determines whether the exercise of the right to stop work is justifiable. Enshrined in European and international law, the right applies to all European workers. Although transposed into Belgian law via Article I.2-26 of the Act on Well-being at Work, its terms of application are controversial, especially as no court has yet handed down any ruling on this issue. There is no doubt in the mind of Elise Dermine, professor of labour law at the Université libre de Bruxelles (ULB): with the right to stop work existing in Belgian law, “it is quite possible to now specify the contours of this right on the basis of such sources as French case law or the law of the International Labor Organization, which similarly enshrines this right to stop work”. By contrast, Viviane Vannes, lawyer and former ULB professor of law, considers that this right does not exist in Belgium and that “leading workers to believe so would be irresponsible and dangerous”.

This court case means that the terms of application of the right to stop work will be debated for the first time, and possibly clarified. Over and above its application to Belgian workers, this case shows that European health and safety rights are not always recognised in all Member States. For example, the right to stop work has been used more in France than in Belgium, especially in the face of the Covid-19 pandemic.

The consequences of this court case will enable the scope of this right to be clarified not only in Belgium, but also in those Member States where it has been neglected in the past. In the view of Olivier Rittwger Der Moor, STIB shop steward and a member of the STIB health & safety committee, this case opens the door for “more respect for workers’ health and safety”. According to him, the right to stop work is a particularly important protection for workers and can be exercised even in the absence of union representation at the workplace.