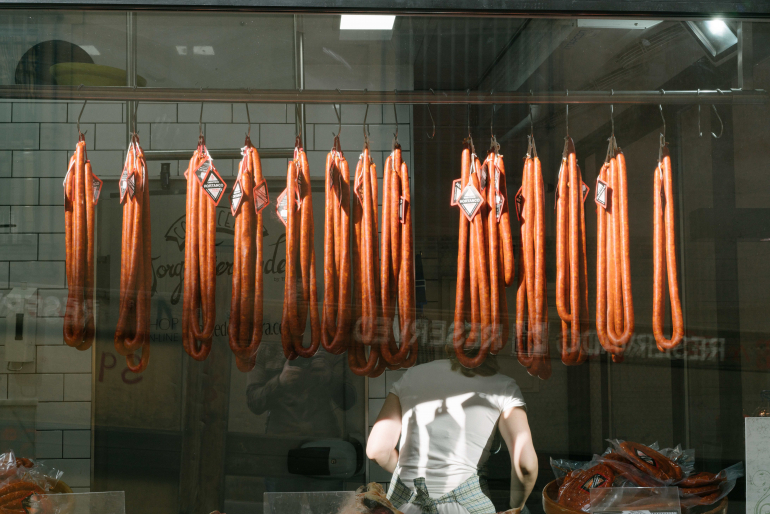 Slaughterhouses and meat processing plants have become major hot spots of coronavirus outbreaks. Workers in the meat industry around the globe are reporting widespread illnesses among their colleagues and communities. The present health crisis has unmasked how such plants are the weakest link in the food supply chain.

According to data reported by EFFAT, in the European Union, the meat industry employs almost one million workers. The recent outbreaks of coronavirus detected in the Spanish slaughterhouses and processing plants such as those in Binéfar (Huesca) and Rafelbunyol (Valencia) unveil the sub-standard conditions of workers in such sector. Spain is the second largest meat producer in Europe by tonnes of meat produced.

Exploitative working conditions, overcrowded accommodation, up to 16 hour working days, low pay, illegal wage deductions and job insecurity are some of the injustices that workers in the meat industry are facing both in Spain and in Europe. In addition, the sector largely depends on migrant and cross-border workforce coming from both the EU and third countries. Whether employed through subcontracting practices, as temporary agency workers, posted workers or forced to accept self-employed status, the working, housing and employment conditions of a significant proportion of meat workers are, according to EFFAT, unacceptable.

The two plants in the town Binefar, Litera Meat and Fribín, have reported several workers resulted positive to COVID-19. Together the companies employ more than 1,500 workers. At Litera Meat, reports regarding the number of workers who have been infected by the virus have been conflicting. Initial serological tests resulted in positive for around 200 workers. However, subsequent tests carried out by the management of the plant reduced the number from 200 to 11.

In the plant in Rafelbunyol, six cases have been reported by local authorities. The Spanish union CCOO has ensured that a complaint has been filed and it will be followed up by a labour inspection. Javier Galarza, representing the Valencian CCOO, confirmed that the outbreak had been detected when carrying out the first batch of tests. Galarza also pointed out that during the pandemic the company had been made aware of the possible spread of the virus as several workers were not feeling well and asked for sick leave. This, according to Galarza, indicates that physical distancing measures have not been complied with and it was thus foreseeable that an outbreak could happen.

Finally, according to Ildefonso Hernández, from the Spanish Public Health Association (SESPAS), companies must invest in prevention, in transportation systems and ensure that decent working conditions are guaranteed.