Edito#63: The big question is what will happen after Covid-19 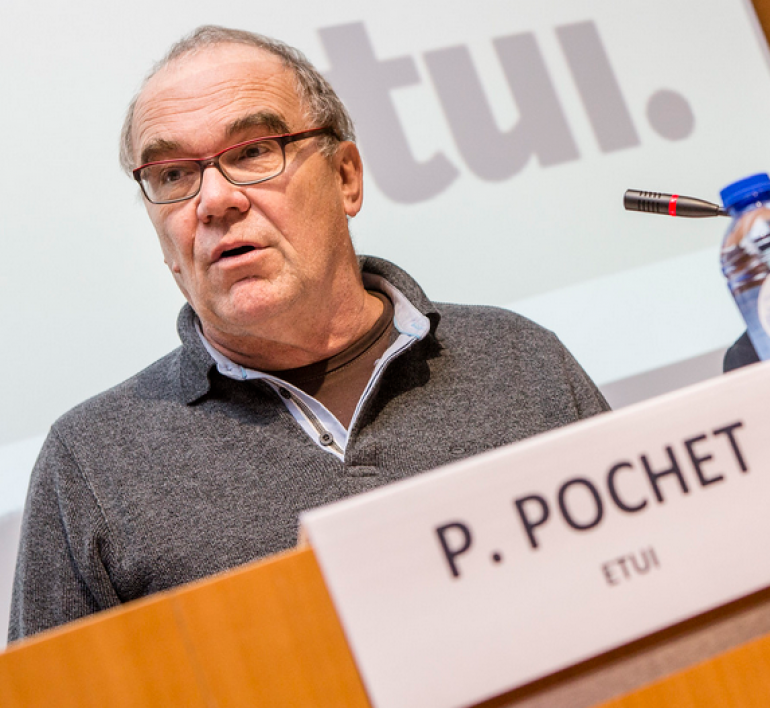 It’s being said over and over again: the COVID-19 pandemic is going to have major, long-term consequences. This editorial offers an analysis of what is at stake in Europe and the world. As is the case with all ETUI activities at the moment, its aim is to encourage debates and exchanges of ideas on the crisis and its aftermath.

At a European level, the very foundations of European integration are being questioned. The pillars of the European Union are the Single Market and free movement, the euro and the Stability and Growth Pact, competition law and state aid. Yet these pillars are being shaken by the pandemic and will certainly be at the centre of future debates.

As regards free movement, the return to national borders is striking, demonstrating that “other” Europeans are still considered as potentially dangerous disease-carrying foreigners. Faced with this return to national borders, the key question of exiting the lockdown and reopening barriers is anything but clear. When will we start thinking about reopening these borders? The example of China is telling: having overcome the health crisis, the country has shut its borders. At which level will this happen in Europe?  At the Schengen Area’s external borders or for each country or small group of countries (Benelux, the Baltic states, etc.)? In the absence of a common approach to managing the health crisis, one might think that the most realistic hypothesis will be the persistence of more or less watertight national borders for a long time.

As regards the Stability Pact and the creation of a Monetary Union without either solidarity or supranational political governance, the rules have since been changed, in great contrast to the previous crisis. But here again, the big question is what will happen after Covid-19. There are different ways of financing budget deficits and state debts which are bound to explode. The consequences of these seemingly very technical choices vary greatly in terms of their fiscal and social impact. Whether we resort to “helicopter money”, Covibonds, the European Stability Mechanism or another possible way, the choice made will have a great influence on the future. The previous crisis did not allow any progress to be made in the supranational political governance of the single currency. This second crisis will undoubtedly be the last opportunity to do so.

Finally, the quantitative easing of state aid restrictions and the rescue of companies in distress are set to reconfigure what is considered possible and legitimate. The effects of this crisis on the real economy will last for a long time, meaning that Europe will not soon get back to normal. This in turn allows debates (and choices) different from before. The role of the State in the economy, whether indirectly or directly, is not going to disappear in just a few months.

The post-crisis EU (if it survives) could indeed have very different foundations. But in which global environment? I see four possible scenarios here.

The first – and contrary to what I wrote before – is a possible return to neoliberal orthodoxy. A bit like the previous crisis (2008 - 2013) where we reverted even more radically to neoliberal fundamentals after a more or less green recovery in 2009. In my view, this scenario is unlikely (but nevertheless not to be ruled out) for this crisis. Moreover, it would seem that we have learned our lessons from the previous crisis and its poor management. It’s difficult to see an austerity policy being applied to the public sector in one or two years’ time.

The second scenario is the Chinese (or Hungarian) hypothesis, under which we move towards a more authoritarian state monitoring a country’s population via new means based on artificial intelligence, with (sometimes fundamental) freedoms being restricted in exchange for a feeling of protection (of a country’s territory). The fact that this health crisis could be recurrent opens up possibilities for more authoritarian governments to assert themselves as the guarantors of their citizens’ safety and security. This scenario goes hand in hand with global fragmentation and radical “deglobalisation”.

The third scenario is a return to growth at any price, with unfettered catch-up consumption without any consideration for the environment leading us out of the crisis. Reminiscent of the Belle Époque, this would be nothing less than an end-of-the-world party. While it would obviously have a positive impact on traditional economic indicators and would reduce bankruptcies and unemployment in the short and medium term, it would have major long-term consequences. The calls of certain governments or players to forget the Green Deal underline the strength of this scenario.

The final scenario involves accelerating the ecological transition and a rapid rethinking of our growth model, returning public services, common goods and solidarity to the heart of the economy and social affairs. We are seeing the seeds of this in the current situation. But this would take place against a backdrop of high unemployment and a major economic crisis, making the transition very complex. The reduction of working time is undoubtedly a key point in this respect.

Obviously, these scenarios are not mutually exclusive. They can be combined and developed in parallel in different regions of the world. They could even lead to a second deglobalisation (after that experienced at the beginning of the last century).

To feed the debates on shaping the post-crisis world, ETUI will be making available new studies, courses, newsletters, webinars, blogs, podcasts, etc. with a view to achieving greater social justice and promoting the role of the collective social players in shaping this future.