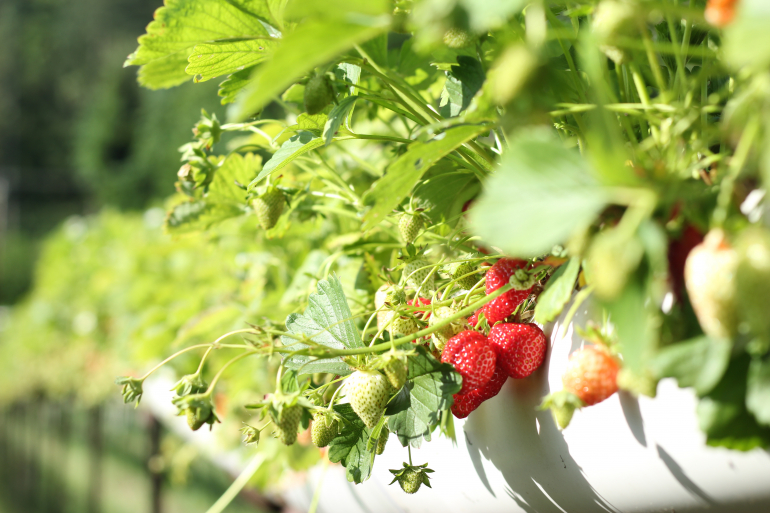 Morocco recently reported a record rise in coronavirus cases with a daily spike of over 550 reported cases, data from the WHO shows. Moroccan local authorities identified two Spanish-owned strawberry and berry processing plants as outbreak hotspots. The plants belong to Frigodar and Natberry, two Spanish owned companies that operate in the agricultural regions between Larache and Rabat in the Northern Atlantic region of the country. The plants specialize in the packing and freezing of berries. The surge in cases has prompted Moroccan Ministry of Home Affairs to tighten restrictions and limit access to several towns and villages in the area.

The Sevillian company Frigodar employs 1,313 Moroccan workers, of which 457 resulted positive to COVID-19 on a single day, authorities say. The morbidity rate in the area increased dramatically among employees’ relatives and other civilians. The North Atlantic region rapidly became a COVID-19 hotspot at the end of June. This confirms that workplaces are a prime incubator for contamination. As a result, the Moroccan government has temporarily shut down the foreign owned plants.

The daily average salary of a seasonal worker in Morocco is seven euros. In the Northern region, close to Lalla Mimouna, up to 120,000 people work in the agri-food sector, most of which are women. Workers are forced to travel for a prolonged number of hours on overcrowded minibuses from their residences to farms and packing plants. On such means of transport, it is nearly impossible to maintain physical distancing measures, local unionists report. The workdays for many are of up to 17 hours: 8 hours of an official ‘on the clock’ shift with up to 9 hours in commuting time.

Deputy Secretary General of the National Federation of the Agricultural Sector (UMT), Driss Adda, calls for immediate action on behalf of the government, to address the situation of Agri-food workers. The working and living conditions of many labourers along the food supply chain, and in particular in agriculture, are sub-standard in the region. Companies in the agri-sector should ensure decent accommodation, transportation, rapid testing and the provision of protective equipment for all workers. Since the outbreak, the King's Prosecutor at the Kenitra Court of Appeal opened a judicial inquiry that should investigate the sudden upsurge of cases in such fruit processing plants.

Moroccan media showed dozens of vehicles transporting ill workers from the town of Lalla Mimouna to the Ben Slimane hospital, where the COVID-19 cases are being treated. The government has also set up a field hospital in Sidi Yahia del Gharb, north of Rabat, to treat the nearly 700 employees who tested positive. The news of the outbreak in the fruit region occurred on the day on which the government announced a gradual easing of the confinement and physical distancing measures in the rest of the country. The North Atlantic region will remain under strict lockdown.