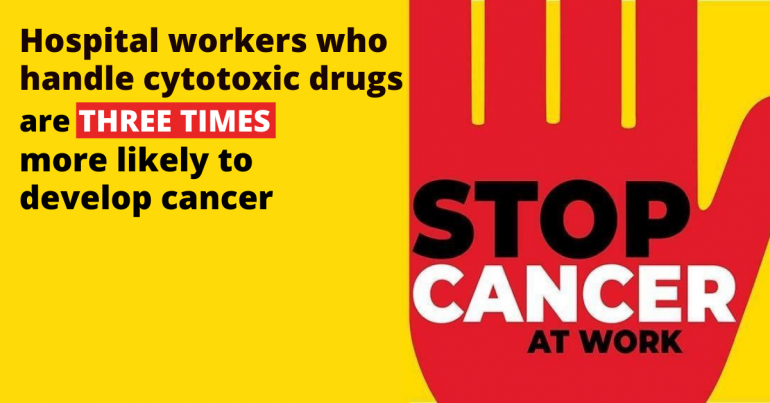 Cancer is the leading cause of work-related deaths in the EU, with over 100,000 deaths each year. From nurses to cleaners, workers across the Union are being put at risk by being exposed to deadly carcinogenic, mutagenic and reprotoxic substances in their place of work. On  October 13th the stop cancer at work campaign officially launched with the aim to raise awareness and to build support to ensure that the European Commission in the current fourth revision of the Carcinogens and Mutagens Directive (CMD) includes groups of carcinogenic and mutagenic hazardous drugs.

The ETUI along with:

Sign the petition to eradicate occupational exposure to deadly substances and put an end to work-related deaths caused by cancer!