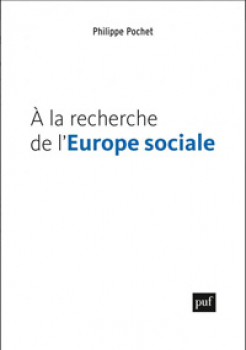 The European project is in crisis. The Brexit vote in the United Kingdom is a spectacular symptom of this. However, since the 1957 Treaty of Rome, the close integration of the Member States has always been a priority of the European Union. An economic integration was often promoted at the expense of the social aspect of the European project. And, from the crisis in the euro zone to the management of migrants and asylum seekers, Europe has also faced many difficulties that have profoundly damaged the solidarity of its members, the only guarantee of a solid political construction and the establishment of a European social model. Faced with the current European divide, a new and decisive debate is starting and looking openly to the future.
Specialist and actor of the European construction, Philippe Pochet brings in this book a new historical perspective and pleads in favour of a European socio-ecological dynamic that would take into account the problems of the past and the challenges of the future.

For more information, please contact us or the publisher www.puf.com

In October 2008 Yota Kravaritou died aged 64. A well-known and highly reputed labour law professor and researcher on European, national and... Find out more