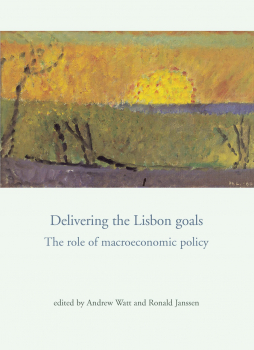 What role should macroeconomic policy play in achieving the economic and employment goals that the European Union set itself at the Lisbon Council in 2000? The conventional wisdom is that macroeconomic policy must be solely oriented towards ensuring price stability, and that the goal of more and better jobs simply requires more and more structural reforms. The contributions to this book are varied, but they are united in rejecting this view.

While structural reforms of labour and product markets are necessary, developments since 2000 have revealed the one-sided focus on the supply side for what it is: a misconceived failure. Europe's growth and employment performance was impressive in the late 1990s, and some 13 million additional jobs were created. It was on this basis that the Lisbon employment targets were set. The failure to maintain the positive momentum after the year 2000 reflects an inability or unwillingness to shield the European economy adequately from negative shocks and to provide a conducive environment within which the substantial economic reforms that have taken place can be translated into lasting success on European labour markets.

Alongside more analytical articles, several contributions describe the reforms of macroeconomic governance structures in Europe that need to be implemented if macroeconomic policymaking is to improve and Europe's growth and employment ambitions achieved. It is also shown that the social partners, especially trade unions, can play a key role within a more growth and employment-friendly policy mix.

The coordination of economic policy in EMU by Andrew Watt