Manifesto for a social constitution

Eight options for the European Union 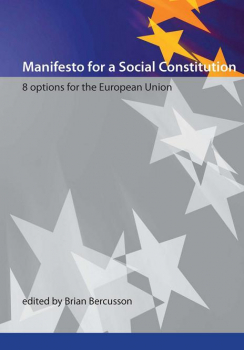 How can the social dimension of “Europe” be maintained rather than sidelined within the European Union's constitutional treaty? How can a European social Constitution be achieved?

The Constitutional Treaty that was proposed for ratification by the EU Member States included crucial elements which recognised the social dimension of the European Union and, in particular, the European Charter of Fundamental Rights that was unanimously proclaimed in Nice in December 2000.

The European Trade Union Confederation (ETUC) gave its support to the Constitutional Treaty on that basis.

European Union heads of States and of government are due to meet within the European Council on 21-22 June. The Constitutional Treaty, which has been ratified by a majority of (but not all) Member States, will be discussed at the summit.