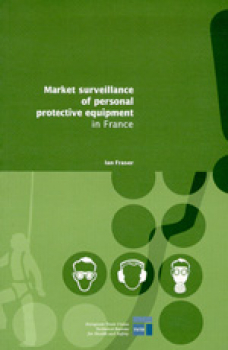 The EU's so-called "New Approach" Directives, which harmonise safety rules for a range of industrial goods, play up the role of private players on the market: manufacturers, standards bodies, certification bodies.

Ian Fraser's report focusses on the role of that other crucial, but often-overlooked, player - government. He looks in detail at French public surveillance of the market for one of the products covered by European Directives - personal protective equipment (PPE) - and compares the French system with the position in other EU countries.

Public surveillance is vital to ensure that all players - manufacturers, standards bodies, notified bodies - shoulder their responsibilities properly. But its overarching aim is to protect the end-users of products - in this case, workers who actually use personal protective equipment. What this equipment mainly has to do is to meet the essential safety requirements set by the directives and put into practice by European technical standards. Where PPE are concerned, this may literally be a matter of life and death, because they are all that stands between the user and injury.

Personal protective equipment: getting the right fit for women

In the workplace personal protective equipment can save lives. Yet in many occupations, in spite of the increasing numbers of women employed, this equipment continues to be designed by men for men. A number of recent initiatives seek to design protective gear catering for the different shape of the female body. There is a scarcity of personal... Find out more