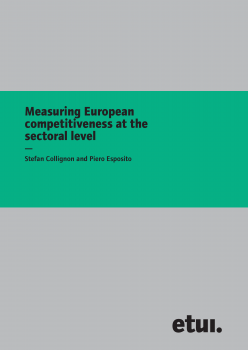 This book develops a new approach for estimating the way in which labour costs reflect cost competitiveness. Conventionally, unit labour costs (a standard measure of cost competitiveness) are calculated as indices, without regard to the relative levels of wage costs. To remedy this, the authors develop the concept of the ‘equilibrium wage’, which corresponds to the level of wages when the returns on capital in different regions and sectors are equalised. A wage competitiveness indicator is thus calculated as the ratio of actual to equilibrium wages.

The book presents empirical evidence of equilibrium and actual wage developments for country aggregates and for economic sectors. Within the euro area, five countries are above equilibrium levels, three (including Germany) are close to equilibrium, and eleven member states (mainly in central and eastern Europe) have massively undervalued wages. The data for sectoral competitiveness seem to reflect in part sectoral specialisation, but the picture varies between sectors, countries and time periods.