Moving Europe towards the knowledge-based society and gender equality 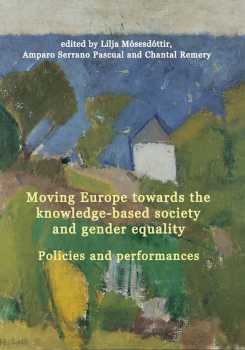 To what extent is Europe moving towards the EU's vision of the knowledge-based society (KBS) with better quality jobs and gender equality? The underlying force believed to be driving the transition to the KBS is the growing use of information and communication technologies (ICTs), creating economic growth and social progress. However, there is no consensus as to what kind of society the KBS encompasses and what its implications may be in terms of gender equality. Statistical analysis in the book confirmed the existence of a strong relationship between the level of KBS performance and different models of the welfare state in the EU15 and Hungary and Iceland and a positive relationship between the move towards KBS and a higher quality of jobs. However, full gender equality is still a long way off and progress in this direction has been less general and intense than progress towards KBS. The welfare state and political actors are of key importance in this process and the relationship between (in)equality and the KBS is a complex one, as institutions, actors and firms in different countries all have a role to play.

This book also discusses the role played, in regulating the transition to KBS, by the European Employment Strategy (EES) and national policies in Austria, Denmark, Finland, the Netherlands, Spain, Hungary and Iceland. The policy analysis revealed that the EES operates primarily at the level of discourse, spreading a common understanding of problems in the areas of employment and gender equality. The gender mainstreaming applied in the context of the EES has so far not empowered women. Instead it has brought to light the unstable nature of women's representation within narrowly defined policy areas. In itself, the gender mainstreaming strategy has not led to transformation of policies and structures, and so has thus far made a rather limited contribution to gender equality.

The "gender-based approach" to support prevention: the French example

Since 2008 the network of the French National Agency for Improved Working Conditions (Anact) has been developing a model for analysing... Find out more

The economic crisis – challenge or opportunity for gender equality in social policy outcomes?

This new working paper aims to assess the impact of the current financial and economic crisis on gender equality in terms of labour market... Find out more