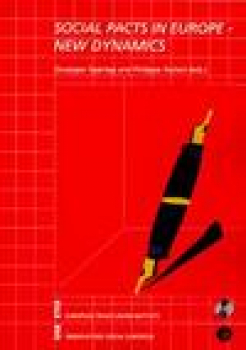 A new bargaining agenda is indeed emerging, but its outline is not easy to determine because, on the one hand, monetary union precludes any wage drift and, on the other, the terms of a new deal are difficult to establish.

The introduction to Social pacts in Europe - new dynamics is a set of four contributions, each of which illustrates one aspect of the discussion surrounding the conclusion of social pacts in the nineties and the future of such arrangements. The second part consists of country studies and the volume closes with two comparative chapters in a more economic vein, both of which, from different perspectives, study the consequences of centralised agreements in terms of job creation and growth.