The asbestos lie. The past and present of an industrial catastrophe 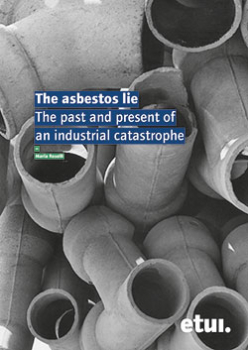 For decades asbestos was considered an ideal substance and therefore was called 'the mineral of the twentieth century'. Even though the fiber had already proven much earlier to cause various ailments, a real boom began in the 1950s and prospered everywhere in Europe.

This book retraces the history of the Swiss asbestos cement company Eternit, investigating the strategy it developed – together with other asbestos industrialists – to prevent this carcinogen from being outlawed until, in 1999, an EU Directive was finally adopted to this end. The book also reviews the struggle of the asbestos workers and their families to gain official recognition of, and compensation for, the harm suffered.

The asbestos lie. The past and present of an industrial catastrophe