The European social dialogue. The history of a social innovation (1985-2003) 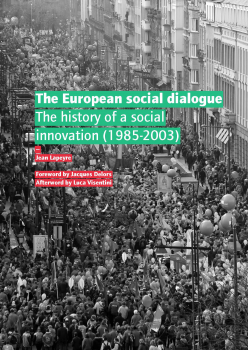 The aim of this book is to trace the history of the social dialogue, from its origins to its autonomous empowerment, based on the testimonials of those responsible for designing and developing it, looking at the various texts from joint opinions to autonomous agreements, and analysing how the social dialogue functions. It thus offers a ‘human’ perception of the way the social dialogue was constructed, a construction resulting from many meetings, but also, despite all the tensions, from a shared will at a certain point in time to create a common good in the dynamic context of constructing Europe. The book covers the period from 1985 to 2003, during which time the author was responsible for the social dialogue at the European Trade Union Confederation.