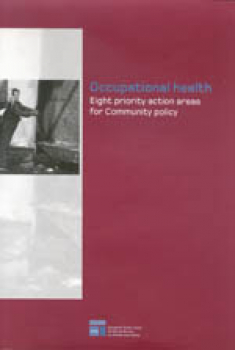 Over a hundred thousand people in the European Union are killed each year in an accident or by a disease caused by poor working conditions. Truth to tell, this is no more than an approximate minimum, because no exact figures can be put on it. It is a conservative and certainly under-stated guesstimate.

Whenever authorities or researchers attempt to determine what measurable impact working conditions has on some aspect of health, they uncover new problems. Men and women workers do not need specialists for that. Surveys tell us of the fatigue, pain, disabilities and illnesses they suffer on a massive scale.

Occupational health is a hidden issue. It is rarely front-page news. The authorities do not get much exercised about research in the field. To cite just one example, far more money is poured into genetic research on cancer than the scant funding allowed to research into the role of oc-cupational exposures in cancers.

There is often a misperception that workplace health problems are mainly technical. We think not. We believe occupational health to be first and foremost a political issue that reflects societal choices.

This brochure gives a broad-brush picture of some of the on-going debates on workplace health problems in the European Union.