The context of economic globalisation 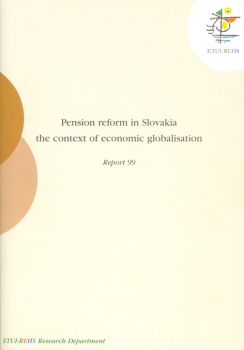 This paper presents an analysis of the pension system reform in Slovakia. The author briefly surveys the basic features of the pension system before and after the reform, discussing the reasons for the reform as well as its risks and possible social impact. After presentation of an alternative system and also general measures for improvement, a final focus is on the pension reforms in the eight CEE new member states and on welfare state retrenchment in the post-Communist region.