Between innovation and ambiguity

The role of flexicurity in labour market analysis and policy making 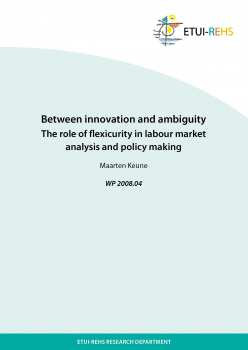 Over the last few years, ‘flexicurity’ has become a core concept in the European labour market debate. The concept has been widely discussed as a possible new approach to improving labour market performance and combining economic and social objectives.

This working paper argues that flexicurity has indeed added a number of positive elements to this debate. It also argues that the concept of flexicurity appears ill-defined and highly ambiguous concerning its role in informing policy.

It will also be shown that in the European political arena this ill-defined concept has so far failed to a create consensus on political choices, leading to its instrumentalisation by traditional views and interests.