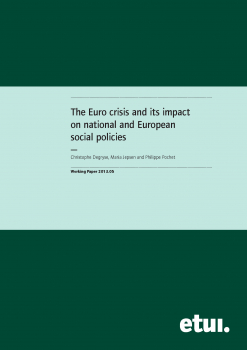 This critical working paper looks at the series of political choices, circumstances and windows of opportunity that have enabled one particular vision of the model of EU monetary union to gain acceptance. In the context of this model, political union is not considered an accessible way to manage the crisis, for the rescue of the euro is regarded as feasible only in a more competitive economy.

The social dimension, accordingly, becomes the adjustment variable. In this regard, the statements made by the President of the European Central Bank announcing the death of the European Social Model, are merely the anticipation of a reality that is the outcome of a political choice, based on a set of economic prescriptions and which takes for granted the impossibility of attaining true political union.