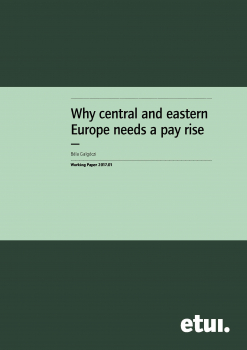 This working paper looks at wage developments in central and eastern Europe (CEE) over the past twenty years and shows that wages are not only low compared to western Europe but, as demonstrated by a number of variables, also tend to be lower than what the economic potential of these countries would allow for. It demonstrates that from the mid-90s until the crisis in 2008, wages in these countries caught up with wages in western Europe, but then came to a halt or even slowed down substantially.