Democracy at work: what, why and how? 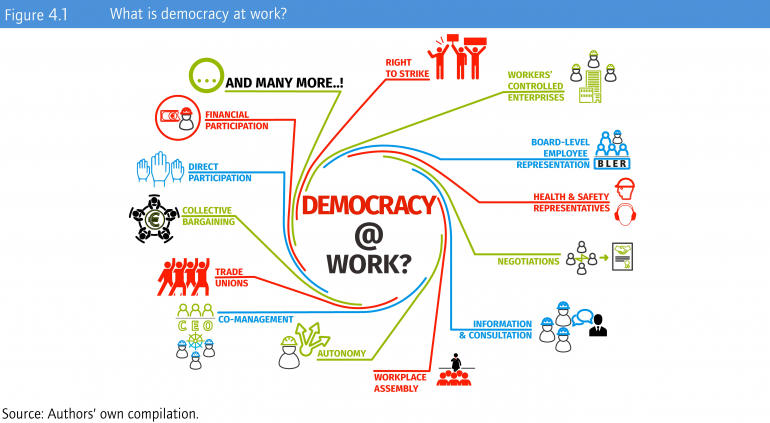 The many reasons for democracy at work

Self-determination, personal autonomy, and emancipation are all fundamental human aspirations. Yet despite decades of attempts to develop industrial democracy institutions, employees still experience alienation at work under advanced capitalism at levels that would scarcely be accepted in other arenas of democratic societies.  Democracy, with all its ambiguities and varieties, is largely considered a universal value; moreover, it is a ‘demanding system, and not just a mechanical condition’ of self governmentof human communities (Sen 1999: 7). But as arule, the working world is mostly ruled by employers and shareholders, with little or no involvement of employees and their representatives. Democracy currently stumbles at the factory gates and the office doors. The difficulty of crossingthose thresholds is one of the major broken promises of democracy (Bobbio 1987).  This contradiction calls for resolute change, particularly in times where democracies are under threat. Work maybe only one dimension of life, but it is one that occupies most of the active hours of a large part of the working-age population. It is thus no surprise that the labour movement has historically held the banner high in demanding stronge rdemocracy at work. But as will be seen in the following pages, the quest to foster more democracy at work shouldnot only be a universal aim but should actually be a top priority for democrats from all arenas of public life.