The Social Pillar and democracy at work 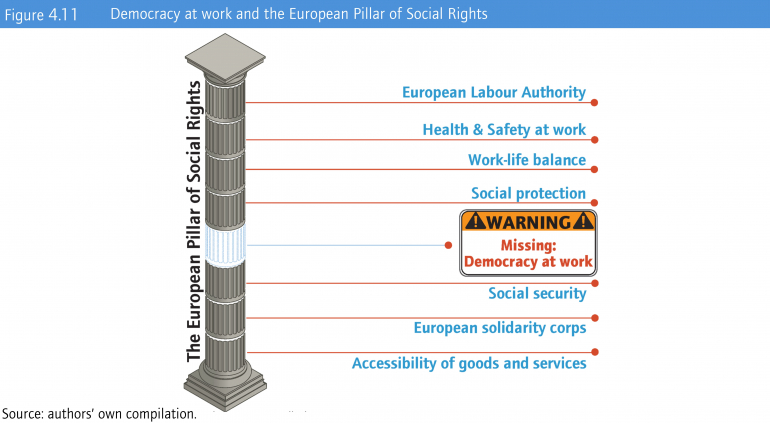 Who knocked Principle 8 out of the Pillar?

The announcement of the European Pillar of Social Rights (EPSR) seemed to herald a way out of the impasse which had stalled European social policy for the past decade (see Chapter 2). It has been more than a year since the EPSR was proclaimed, and many new initiatives have been announced promising to strengthen workers’ rights. Two prominent examples are the proposed Directive on transparent and predictable working conditions and the proposal for a Council Recommendation on access to social protection for workers and the self-employed.

There are, however, no new initiatives related to democracy at work. When it comes to strengthening workers’ voice in their relationship with employers, the status quo is maintained. Instead of buzzing activity, there is complete silence from the European Commission.