European Works Councils (EWCs) are a body representing interests of employees of multinational companies (MNC) towards central management. They are made of national representatives elected by workers from countries where an MNC has operations.

EWCs were originally a pragmatic response by the workforce of multinational companies (MNCs) to globalisation/Europeanisation. Developed in the 1980s by means of informal contacts between workers’ representatives from various European countries, these bodies soon proved themselves able to cater for the information and consultation needs of both the workforce and company management. Shortly thereafter, in 1994, the EWC directive (94/45/EC) was adopted, coming into force on 22/09/1996 and thereby institutionalising the concept of transnational worker representation structures. The Directive was modified in 2009 by a recast directive 2009/38/EC. 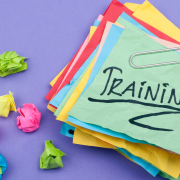 Now that the summer holidays are definitely behind us, the EWC team is back on track, with close to 20 educational events scheduled for what will be a busy autumn. Three SE WCs, four EWCs and one SNB... Find out more 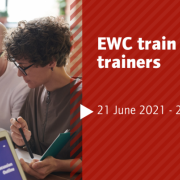 ETUI Education is launching its first and unique “EWC train the trainers” course in a blended learning format. The course will develop the European Works Council (EWC) trainers’ role by immersion in... Find out more 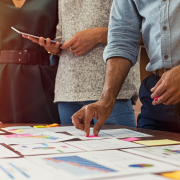 What should I do in a European Works Council (EWC)? What is the role of an EWC? How does the information and consultation rights work? These are some of the questions that new members of European... Find out more