The use of chemicals takes a heavy toll on European workers in all sectors - up to 30% of recognized occupational diseases and tens of thousands of preventable deaths each year are caused by exposure to hazardous substances. This is behind wide social inequalities in health, and is why the European Trade Union Confederation (ETUC) and European Trade Union Institute (ETUI) consistently pushed to get the REACH Regulation onto the books. This set of rules prevents chemicals being sold unless information is supplied on the hazards and risks they pose to health and the environment, and is an opportunity to reduce chemical risks at the workplace. The information generated by REACH should also help make the EU directives that protect workers against chemical hazards (the Chemical Agents Directive and Carcinogens Directive) more effective. Aware that the reform will deliver results only if workers take ownership of it, the ETUI has produced a series of publications on chemicals and organizes meetings for the chemical hazards specialists of ETUC member organizations. Visit the RISCTOX database of hazardous substances that provides information on over 100,000 chemical agents. It provides clear, organized and concise information about health and environmental risks caused by chemicals contained in products generally used or handled by companies

The REACH (Registration, Evaluation, Authorisation of CHemicals) Regulation came into force on 1 June 2007 throughout the European Union (EU). The new law has two main aims: to ensure a high level of protection for human health and the environment, partly by improving knowledge and information about chemicals; and to ensure the smooth functioning of the internal market and make the European chemical industry more competitive.

After close to a decade’s rancorous debate, REACH replaced over 40 old laws with a single streamlined regulation. The cornerstone of this reform is that it shifts the burden of proof from the Member States onto the industry. REACH says that manufacturers and importers must evaluate the risks of using chemicals, and must supply users with adequate safety information.

REACH regulates trade in and use of chemicals, but is buttressed by other EU laws purpose-designed to protect workers exposed to hazardous chemicals. Basically, these are the 1990 Carcinogens and Mutagens Directive, and the 1998 Chemicals Directive. Both of these have been carried over into national law in the 27 EU countries, and require employers to do a risk assessment and to take the requisite preventive and protective measures.

The Chemicals Directive sets indicative occupational exposure limit values (IOELVs) for hundreds of chemicals. These limits are not legally binding on States, which can continue to set them according to their national rules and practices. In practice, however, many States are bringing in binding national exposure limits based on IOELVs.

Far too many workers every day handle products that contain dangerous chemicals not knowing the risks they run. Chemical risks cannot be properly prevented if workers and their representatives do not have access to clear, accurate and understandable information on dangerous products.

Workers are meant to have access to the safety data sheets that go with dangerous chemicals. But that does not mean that the preventive recommendations they contain – like wearing personal protective equipment - are always applied.

Preventing risks at source - which means not using toxic products – is the best way to go wherever possible. That is why the ETUC argues that dangerous products should be replaced with alternatives that are safer for human health. Such substitution is also called for by the EU’s REACH Regulation.

Many free tools can be found on the Internet that employers and workers' reps can use to rid the workplace of harmful products. They include databases that list hazardous substances, suggest alternatives and give examples of how substitution has worked in firms across a range of industry sectors. The European Trade Union Institute (ETUI) has joined with the Spanish Trade Union Institute Istas to develop the RISCTOX chemicals database. Workers can now access data cards through the ETUI website on 100,000-odd chemicals, many thousands of which can cause cancer, allergies, disrupt the hormonal system or put the reproductive system at risk.

What are the ETUI and ETUC doing?

Throughout the negotiations to reform EU legislation on  chemicals which started in 2001 and resulted in the adoption of REACH in June 2007, the European Trade Union Confederation (ETUC) and its research and training institute, the ETUI, developed activities aimed at enhancing the new rules governing the marketing and the use of chemical substances in order to improve workers' protection. The ETUI and ETUC have organized two major conferences on REACH, in March 2005 and September 2006.

REACH is now there to be reckoned with. But it still needs to enable practical improvements to be made in workplace health and safety, including by replacing the most dangerous substances (carcinogens, endocrine disruptors, reprotoxins, etc.) with alternatives that are less harmful to workers’ health and by improving the content of the Safety Data Sheets (SDS). That is part of the agenda worked to by Tony Musu, an ETUI researcher and ETUC chemicals advisor, in his work with ECHA, the European Chemicals Agency set up to implement REACH. As a representative of the ETUC, he occupied from 2007 to 2012 one of the three seats allocated to stakeholders on the ECHA Management Board. He continues to take part in various ECHA committees. The ETUC is also represented in the ECHA committee that manages the harmonized classification and labelling of chemicals by Frank Barry (Unite, Ireland).

REACH is a key instrument that European trade unions must take ownership of. But there are others, like the EU’s Chemicals Directive and the Carcinogens and Mutagens Directive. Spreading information and knowledge about chemical risks throughout the labour movement depends on having an active network of trade union experts to work through. That is why the ETUI has been hosting annual seminars on chemicals and worker protection since 2006. The timetable for REACH implementation runs up until 2018. Through these activities, the ETUI is buttressing the union movement's work to support the reform and lay the basis for its future developments.

What are Trade Unions doing? (Videos) 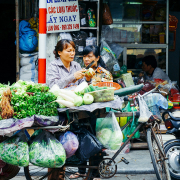 Vietnam has decided to ban all herbicides containing glyphosate. This is a further blow to Roundup, a key product of Monsanto, the US multinational now in the hands of agrochemical giant Bayer. Find out more

ETUI seminar on carcinogens at work and chemical risks

The 14th edition of the ETUI’s annual seminar on workers’ protection and chemicals took place in Brussels on 21 and 22 June 2018. It brought together some 40 trade union members from across Europe... Find out more 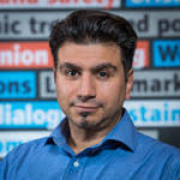 REACH after 10 years: state of play after registration deadline

The European Regulation on chemicals (REACH) is based on the ‘no data, no market’ principle. Manufacturers and importers of chemical substances had a period of 10 years to register their products with... Find out more 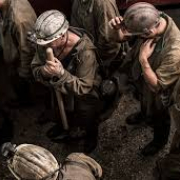 An article published on 6 February 2018 in the Journal of the American Medical Association reported that researchers from the National Institute for Occupational Safety and Health had identified 416... Find out more

Safety of machinery: directives and standards