Annual gathering of union experts on occupational safety and health: law enforcement as a key challenge for the future 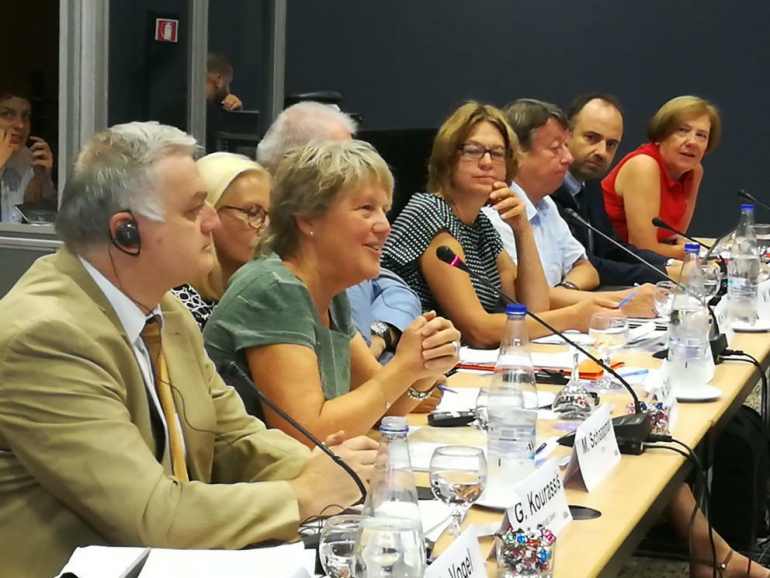 The 14th edition of the annual trade union strategic seminar on health & safety at work, organised by the ETUI from 10 to 13 September 2018 in Athens, provided a forum for more than 40 trade union representatives from 19 different European countries to discuss a range of topics, from carcinogens at work to work-related stress. This meeting allows every year the workers’ interest group of the Advisory Committee for Safety and Health at Work to take stock of EU policy and union priorities in the field of occupational safety and health (OSH).

The key issue that arose from the discussions, irrespective of the topic involved, was the enforcement of EU and national regulations. Many participants highlighted the loopholes in the enforcement of OSH regulations. They referred to the reduction in the human and financial resources allocated to labour inspectorates and other factors such as job instability, poor knowledge and limited social dialogue on work-related risks in many sectors. “Although regulation is crucial in protecting workers’ health and safety, the rules are not always enforced on the shop floor. In addition to regulation, it is essential to develop a litigation strategy”, said Marian Schaapman, head of the Working conditions and Health & Safety Unit of the ETUI’s Research Department.

The discussions in the afternoon of the first day focused on the revision of the Carcinogens and Mutagens Directive. Two ETUI researchers, Laurent Vogel and Tony Musu, reported that new or updated binding occupational exposure limit values (OELs) had been adopted in 2017 for a first wave of 13 carcinogens, and that discussions on OELs for a further five carcinogens proposed by the Commission were under way. A binding OEL for diesel engine exhaust emissions (DEEE) could also be included in the revised Directive, as requested by the European Parliament. It was expected that a third batch of five additional OELs would be adopted by the end of the current term. There was not yet any decision on the possibility of extending the scope of the Directive to include substances that are harmful to the human reproductive system.

The discussions on the second day of the workshop focused on the OSH priorities of the European Trade Union Confederation (ETUC) on the eve of its Congress in Vienna (Austria) in spring 2019.

Esther Lynch, the ETUC Confederal Secretary in charge of occupational health and safety, emphasised the ETUI’s longstanding commitment to workers’ exposure to chemical risks, which is now showing results with the adoption of new binding limit values for carcinogens and mutagens.

Even though the European Commission has in recent months firmly rejected the possibility of tackling the issue of work-related psychosocial risks in a regulation, it is clear that this issue continues to be a top priority for unions, especially given the scale of the problem. In late June, the ETUC adopted a resolution on stress and psychosocial risks in the workplace. Ben Egan, ETUC policy adviser, outlined the key elements of the resolution (see presentation below). In it the ETUC and its affiliates “commit to launching a number of dedicated actions on the subject to raise awareness of this critical issue among trade union representatives beyond occupational health and safety (OSH) experts and to build political momentum towards a directive in the medium to long term”.

In addition to occupational cancers and psychosocial risks, Esther Lynch highlighted nanomaterials and musculoskeletal disorders as other ETUC priorities in the field of workers’ health protection.