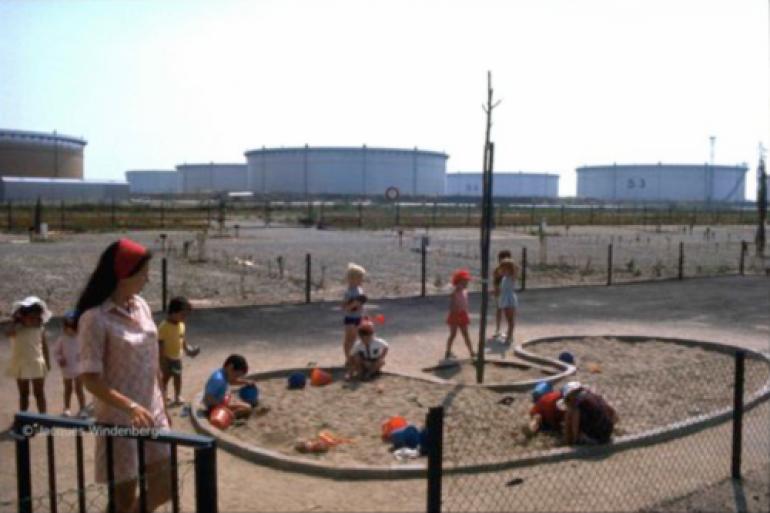 In 2015, a multidisciplinary French-US team including sociologists, epidemiologists, biostatisticians and anthropologists surveyed 816 residents of Fos-sur-Mer and Port-Saint-Louis-du-Rhône (3.3% of the total population). These two municipalities, which are located around 40 km to the west of Marseilles, are home to large numbers of petrochemical and steel plants, as well as other industrial facilities such as an incinerator, an oil refinery, two methane terminals and a cement plant.

The results of the survey, which were published in January 2017, showed that the rate of chronic disease among those living in the two municipalities was 63% compared to 37% in the rest of France. Respiratory disorders were the most frequently reported health problem (40% of the population), and the incidence of diabetes (types 1 and 2 combined) among respondents was almost twice as high as the national average (11.6% compared to 6%).

Cancers occurred at a rate of 10.5% in the two municipalities, compared to 6% in the rest of France. Women were more likely to have suffered from cancer than men, with an incidence among the female population of 14.5% (compared to 5.4% in France as a whole).

In decreasing order, the most frequently reported types of cancer were breast cancer (26% of all cancers) and prostrate and cervical cancer (11.5% of all cancers in each case). Thyroid and colon cancers and lymphomas accounted for a further quarter of all cancers reported. Chronic skin conditions occurred among respondents at a rate of 26.8%, compared to only 9.4% in the rest of France.

The researchers asked respondents who were still in employment about their exposure to pollutants at work, and found that individuals subject to occupational exposure were at higher risk of suffering from eye irritation, skin problems and respiratory diseases other than asthma, or in other words illnesses characterised by a short latency time between exposure and the ensuing symptoms.

No link between occupational exposure to pollutants and cancers could be established by the survey; the researchers noted that their analysis did not include occupational exposure experienced by respondents who had retired by the time the survey was carried out, even though it is well known that latency times for most cancers tend to be long, and that cancers caused by workplace exposure are often diagnosed after retirement.

It is unfortunate that no attempt was made by the researchers to gather more details of the occupational exposure to carcinogens received by these individuals prior to retirement, all the more so because a local association set up by GPs working in the two municipalities (APCME) has spent over 20 years gathering data on the occupational exposure to multiple carcinogens experienced by various sections of the local patient population. In its last annual report, APCME stated that it had carried out around 4 000 investigations since 1994 into the occupational origin of diseases diagnosed by its member GPs, as a result of which 1 600 occupational diseases (including 200 cancers) had been identified.